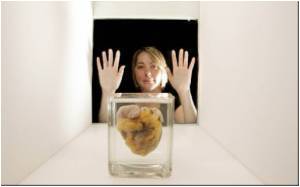 Britain's six heart transplant units face the reality of closure as the number of transplants has decreased by 46 per cent in the last ten years, report some doctors.

Their report appears in the British Medical Journal, where they say, "It is difficult for surgeons in the six UK units to maintain their expertise, so the number of units may need to be reduced."

The six units where transplants are carried out are Harefield Hospital in London, Papworth near Cambridge, the Queen Elizabeth Hospital in Birmingham, Wythenshawe Hospital in Manchester, the Freeman Hospital and the Royal Infirmary in Glasgow.


Heart transplants for children are done in Harefield and Newcastle as well as in Great Ormond Street.

Guy MacGowan, a consultant cardiologist at the Freeman Hospital, the lead author of the report, has written about a couple of units closing down, although he has not specified which. The difficulty in getting donor hearts has brought down the number of surgeries done each year.

The Department for Health has planned to review cardiothoracic transplantation.

Since the early times, the novel idea of transplanting tissues and other body parts from one organism to the other has captured the imagination of successive generations.
Advertisement
<< Tool to Assess Asthma-related Anxiety Developed
Genetic Cause of Happiness Identified >>

The Essence of Yoga Vent Forte (Theophylline) Daily Calorie Requirements Post-Nasal Drip Accident and Trauma Care Calculate Ideal Weight for Infants How to Reduce School Bag Weight - Simple Tips Loram (2 mg) (Lorazepam) Blood - Sugar Chart Sinopril (2mg) (Lacidipine)
This site uses cookies to deliver our services. By using our site, you acknowledge that you have read and understand our Cookie Policy, Privacy Policy, and our Terms of Use