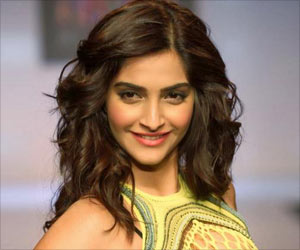 Breast cancer affects tissues in the breast. Many celebrities have come forward to create awareness about this common form of cancer. Now it is Bollywood actress Sonam Kapoor who is lending support to the Ogaan Cancer Foundation with 'Elle Carnival for a Cause'.

Sonam Kapoor who is also the brand ambassador for Elle Breast Cancer Campaign said, "It is my privilege to be associated with Ogaan Cancer Foundation and play a part in spreading breast cancer awareness. Everyone seems to know someone with breast cancer, I lost an aunt to it. Detecting cancer early is the only way to fight and that requires awareness about tests and a healthy lifestyle. I hope I can make a difference in my own way."
Advertisement

The event is a joint initiative by Ogaan Cancer Foundation and Elle Breast Cancer Campaign. It is scheduled for Sunday at The Taj Mahal Hotel, where it will feature initiatives to promote breast cancer awareness. Multiple brands, including Burberry, Hermes, Gucci, Bvlgari, Louis Vuitton and Chanel, will be participating at the event.