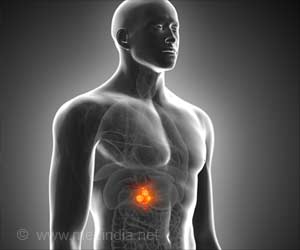 The chances of bladder cancer recurrence can be significantly lowered by flushing the bladder with a common chemotherapy drug immediately after surgery, reveals a study by SWOG, an international clinical trials network funded by the National Cancer Institute.

The research was led by Edward M. Messing, M.D., a SWOG investigator and professor of urology, and a professor of oncology and pathology, at the University of Rochester School of Medicine and Dentistry and a physician at the Wilmot Cancer Institute.

The study published in Journal of the American Medical Association (JAMA), notes this may be the first phase III trial in the U.S. to show a benefit from this treatment strategy in two decades. European and Canadian urologists have been using it for years, with their own clinical trial data to support the procedure.


"The real importance of this study is that we now have a readily available drug that's fairly inexpensive, well-tolerated, and effective," Messing said. "One of the biggest issues with low-grade bladder cancer is that it frequently returns. I know some patients who have to undergo four surgeries a year, and if we can cut down on these recurrences, we will save a lot of people a lot of pain, money, and time lost to recovery."
Advertisement
The JAMA study says the findings "support using this therapy," but adds that further research is needed to compare various chemotherapy agents for their effectiveness. About 80,000 Americans a year are diagnosed with bladder cancer, and the low-grade non-muscle invasive form makes up about half of the new cases annually.

Surgeons removed all cancerous tissue with a procedure known as TURBT, or transurethral resection of bladder tumor. Then, 201 patients received the chemotherapy drug, gemcitabine, mixed with saline, administered via catheter to the bladder area within three hours after surgery. Gemcitabine works by blocking new DNA and killing any dividing cells. It's used to treat several other cancers, including advanced bladder cancer, but had not been studied in this setting among low-grade cancer patients. The second group of 205 patients received saline alone.

Researchers followed all patients for four years -- the time period when most bladder cancers return -- seeking to discover which treatment strategy worked better. The results were clear: A 34 percent reduction in the risk of recurrence for patients receiving the gemcitabine infusion. Sixty\-seven patients in the gemcitabine group, or 35 percent, experienced a recurrence, compared with 91 patients in the saline group, or 47 percent.

Bladder Cancer
Bladder cancer occurs due to abnormal cell growth in the urinary bladder. The most common kind ......

Gallbladder Cancer
Gallbladder cancer is a cancer that starts in the walls of the gallbladder. It is a rare form of ......