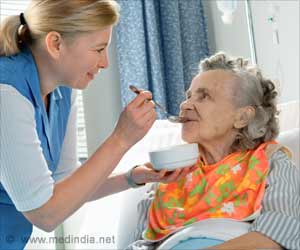 Self-directed long-term care programs can improve participant well-being, care quality, and cost containment. Long-term care in the United States was once a predominantly institutionally based system of care.

The provision of long-term care in the U.S. has shifted to one in which recipients can increasingly receive a range of both medical and supportive services at home and in the community, highlights the latest edition of The Gerontological Society of America's Public Policy & Aging Report (PP&AR). Further, individuals have gained the increased ability to choose how, where, and from whom they receive these services.

Delirium is a Deadly Threat to Long-Term Care Residents

It is unclear whether delirium causes deterioration in brain that can result in premature death, or if it is a symptom indicating a mind and body already in decline.
Advertisement
‘The provision of long-term care in the United States has shifted to one in which recipients can increasingly receive a range of both medical and supportive services at home and in the community.’

Today, almost 850,000 Americans direct their own care through 270 long-term services and support (LTSS) programs that are generally heralded by those on both sides of the political spectrum. Self-direction is the umbrella term applied to an approach to the delivery of LTSS in which those eligible receive cash payments in place of traditionally delivered services. With these payments, they can decide how best to meet their support needs.


"Self- or participant-directed care has been a model of successful public policy development and implementation - a movement coming from the grass roots and developed through the combined efforts of federal and state governments, philanthropic organizations, professional and advocacy organizations, and committed social and health care researchers," states PP&AR Editor-in-Chief Robert B. Hudson, in the issue's introduction.

The results of a survey on long term care in California has now been released by The Associated Press-NORC Center for Public Affairs Research
Advertisement
The new publication explores the evolution of the self-directed care movement in LTSS, as told by many of the principals who helped to shape and grow it. It examines many of the implementation challenges as self-direction moved from a controlled experiment to a national option, as well as the major changes in the environment that have shaped its development.

Among the expert authors is Kevin Mahoney, who is currently the director of the National Resource Center for Participant-Directed Services.

"It has been nearly ten years since a major journal devoted a full issue to participant self-direction in long-term supports and services. A lot has happened in that time. It is appropriate that this attention comes as a new administration and Congress debate future directions and priorities."

A total of seven articles are included, starting with a look at the evolution of participant-directed care in home and community-based services in the U.S. and a review of recent trends in demand and availability. The issue also documents changes in federal legislation, regulation, and practice that have encouraged the growth of self-directed LTSS.

Another piece makes international comparisons between programs in Australia, England, Germany, the Netherlands, and the U.S. - and highlights significant differences in terms of eligibility, policy, and process between the approaches taken in each of the countries. The final article focuses on where the field of participant- directed care is likely to go next from its current status in the American health care system.

A new report reveals that policymakers should do more to help improve the long-term services and supports for both dementia sufferers and their caregivers.
Advertisement
<< Skin Cancer Risk Does Not Deter College Girls Who Tan Indoo...
National Salt Reduction Strategy is Cost-Effective for 183 ... >>

A study finds that seniors in long-term care facilities are at high risk of head injuries, with 37% of people experiencing head impact in falls.