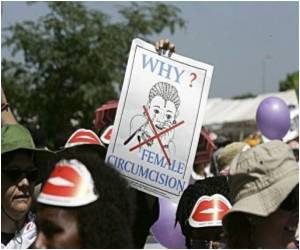 Representatives in Sengal and Mali villages have agreed to ban the practice of female genital mutilation, reported a local non-governmental organization.

This ceremony "of the declaration of abandonment of excision and early and forced marriages of girls" gathered about 1,500 people from "70 Senegalese villages and 19 Malian villages" in the town of Gathiary, Ali Ba of the NGO Tostan told AFP. Tostan campaigns for an end to female genital mutilation.

The European Union is committed to eradicating female genital mutilation. The foreign policy chief Catherine Ashton on Sunday said that this practice is an exceptionally brutal crime .

The villages are largely home to the Mandingo and Soninke communities, which widely practice female circumcision, a practice that affects between two and three million girls and women every year in Africa, according to Tostan.

He added that Senegalese and Malian religious leaders have become involved in the campaign and helped lead the "awareness meetings" among villages of the two countries.

The UN children's agency on Thursday proposed a new approach for ending female genital mutilation, saying campaigns should work with communities instead of fighting local traditions.

Kalidou Sy, the national coordinator of Tostan, said that the ceremony took place in the presence of officials from Senegal and neighbouring Mauritania.

"For Tostan, this is a means of helping people to promote our strategy across borders," he explained.

Senegal passed a law banning excision in 1999, but the practice persists in some communities, where girls are circumcised in secret or led to neighbouring countries where female genital mutilation is not illegal, the Tostan activists said.

The practice is illegal in the U.S., reports The New York Daily News.
<< Afghan Women Boxers Looking For the Olympic Knock-out
Ban on Immigrant Chefs Working in UK Takeaways >>