A MoU has been signed by the Health department and Infosys foundation to build a Skywalk or corridor at the Medical college & hospital in Thiruvananthapuram.

The corridor connects old hospital block and new OP block of the Medical College on either side of the main road, at a cost of Rs 4 crore. The project once completed becomes a boon for patients and visitors who have to cross a main road with heavy traffic between the OP block and main block.

At a function held at the secretariat, the contract was signed between the Dr Thomas Mathew, Principal and Sunil Jose, Head of Infosys Kerala in the presence of Health Minister V S Sivakumar.


"The project envisaged two skywalks over 100 m, interconnecting the first floors and second floors of both OP blocks. These would be constructed within 100 days and handed over to the Health Department," said Mr. Jose. 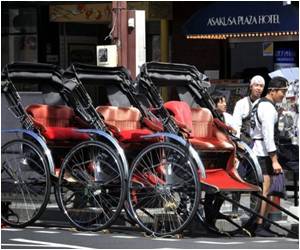 Road Accident Victims Now Benefit Cashless Treatment
ICICI Lombard and The Ministry of Road Transport and Highways team up together and offer cashless treatment for accident victims on the Gurgaon-Jaipur highway.
READ MORE

Interstate Highway I-15 in Southern California Can Annihilate Mountain Lions
King of the jungle and his pride have to cross the interstate to preserve the species' declining genetic diversity and ensure its long-term survival.
READ MORE

85 New Trauma Centers on National Highways: Ministry of Health and Family Welfare
The idea of the scheme is to bring down preventable deaths by having a designated trauma care facility at every 100 km on the national highways.
READ MORE