Crimean-Congo Hemorrhagic fever (CCHF) is a viral disease that affects people who are bitten by infected ticks or who come in direct contact with blood and tissues of infected animals or patients.

Crimean-Congo Hemorrhagic fever (CCHF) is caused by a virus belonging to a group called Nairovirus. The virus infects wild as well as domestic animals like sheep and cattle through tick bites. Humans are infected when they come in direct contact with blood or tissues from infected animals or bites of infected ticks. Crushing of infected tick could also result in infection. Infection may rarely occur if people breathe in the virus passed out in the infected animals excreta. Thus, people who work in close contact with livestock such as those working in agriculture, slaughterhouses and veterinary hospitals are at a higher risk of acquiring the disease.

Once a human is affected, the infection spreads to other people if they come in contact with the patients infected blood or body fluids. Infection could also spread in hospitals during injections and surgical procedures. Hospital staff that treat patients with CCHF are at a higher risk for developing the infection.

A person cannot be infected by eating well-cooked infected meat since the virus does not survive cooking.

The patient may show general symptoms like high fever, headache, joint and muscle aches, nausea, stomach pain and loose motions. He may suffer from severe bleeding, jaundice, convulsions, and coma.

CCHF is diagnosed using tests like ELISA, isolation of the virus, antigen detection, and polymerase chain reaction. The patient is treated with intravenous fluids and an antiviral drug ribavarin.

Adequate precautions should be taken to avoid being infected in epidemics. People exposed to domestic animals or those undergoing activities like hiking should wear protective gear to avoid tick bites. Hospital staff should also take adequate precautions while treating patients with the disease. Ribavarin may be administered to people coming in close contact with patients.

Ostriches, Cattle to Be Inspected in Greece After Woman Dies from Tick Bite
Greece on Thursday said it would run health inspections on ostrich farms and cattle in the north of the country after a woman died from a tick-borne haemorrhagic fever.
READ MORE 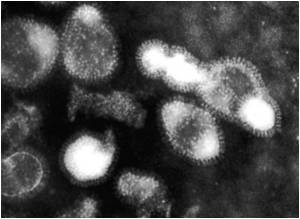 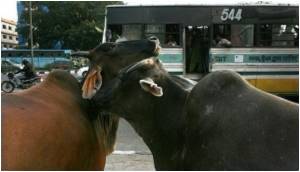 Sanand Remains Under Scanner for CCHF Virus
Health teams collected blood samples of 250 cattle to detect the presence of the deadly CCHF virus, from Kolat village in Sanand and surrounding areas.
READ MORE