Senior Citizens Get 'Tech Savvy' to Get Over Depression

Rahul (name changed) was very happy when his mother came out of her depression all because of the new Nokia Lumia 520 that he had gifted her. It all started when a tragic incident in the family broke his Mom and she started living her life with a depressed state of mind. After hearing of his mothers state, he decided to bring her back to his home where he was living. And since leaving behind her home was hard for her, he decided to cheer her up with a smartphone, which suddenly ushered her into a new era of possibilities that gradually helped her regain her strength and come out of the cocoon of loneliness.

Through this new mode of communication, she again re-established her web of connections and by going online, she starting talking to people The technology was able to bring in a positive change in her attitude and health.

Rahul did not realize that his 60-year-old mother would be entering the club of tech-savvy senior citizens the every next year. 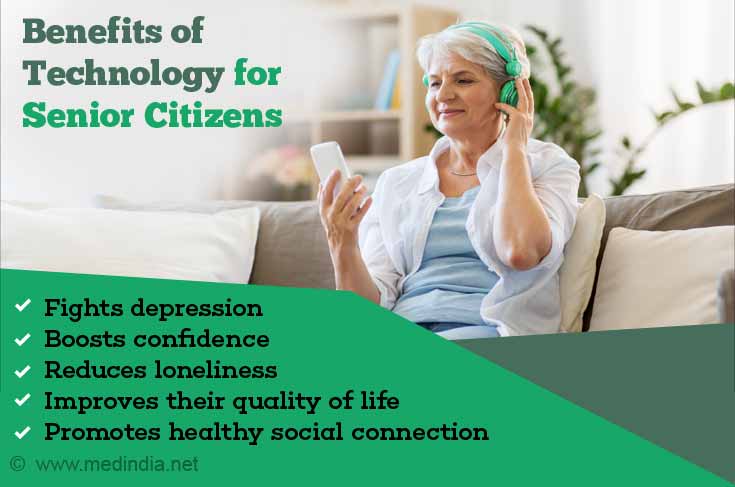 Technology has opened a new window of opportunities and a new form of modern communication for senior citizens. They are exploring the all-new world of gadgets and gizmos which is fast transforming their lives.

A report by analyst firm Forrester Research says that seniors aged 65 years and above are probably more connected and tech-savvy than the rest of the population in the US. The Forrester report also revealed that about 60 percent of US seniors are online.

The fact that senior citizens now form another target group has made even tech companies come up with products with an eye on the elderly group.

The senior citizens group has discovered the power of technology to aid them in developing new social contacts and connecting with communities. In todays fast-paced world, elderly people have reached a stage where they need to rediscover themselves after retirement or social isolation or loneliness.

It so happens that when children move out from their parents home and migrate to places in search of new pursuits, parents enter the phase when they spend their lives waiting for the next rendezvous with their children and grandchildren. Most of the time, they are not so keen to move out of their cozy environment for various reasons. This wait only affects their quality of life and their health. These trigger various kinds of illness causing both emotional and mental stress.

Power of Internet and Well-being

Technology and user-friendly gadgets have helped senior citizens realize that age is just a number and they can do things just as well as the younger generation. Social networking sites such as Facebook and Skype have bridged a huge gap the elderly people feel living away from their kids, they can chat and even play virtually with their grandchildren. They can even reconnect and chat with other relatives with whom its not easy to do so otherwise. 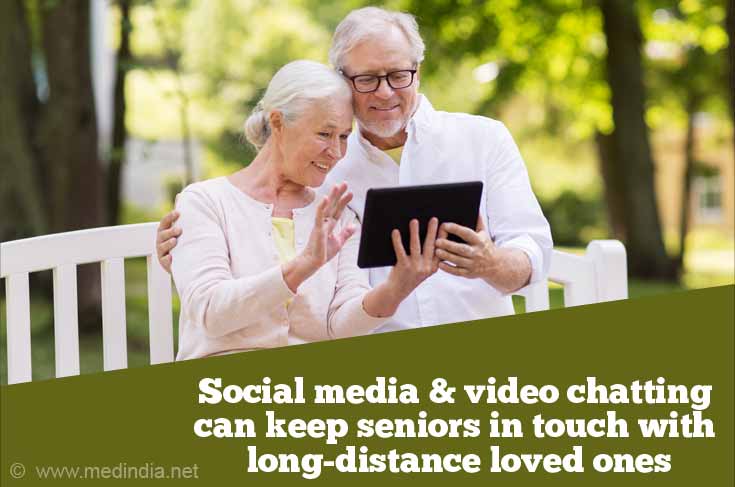 Technology can enable the senior citizens to steer away from depression and loneliness. With each interaction, that isolation factor gradually diminishes from their lives. They are now looking up to sharing their personal lives with their grandchildren.

In a study, It was reported that elderly who used smartphones or who stayed online most of the time, had their depression reduced by 20%.

It further revealed that spending time online improved their quality of life. 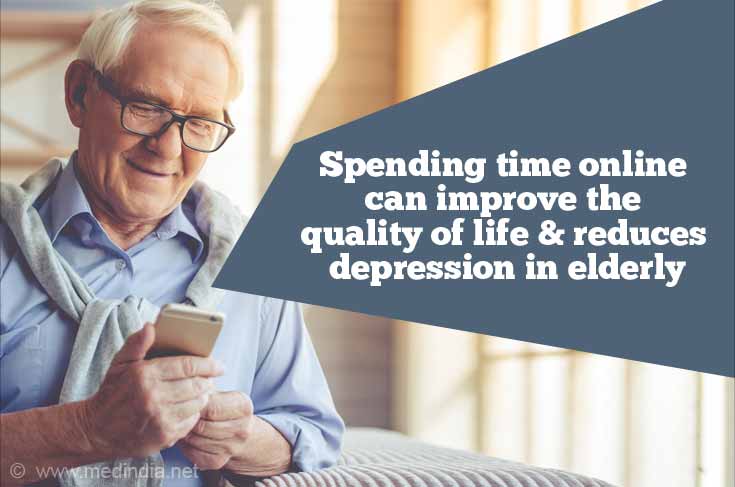 In another research from the Semel Institute for Neuroscience and Human Behavior at the University of California-Los Angeles, it was found that internet surfing, if done only for a week, stimulates areas of the brain that control decision-making and complex reasoning in middle-aged and older adults with little internet experience.

Latest Publications and Research on Senior Citizens Get Tech Savvy

Brain Exercises to Improve Memory
An active brain can certainly help in improving memory by strengthening the connections between neural impulses in brain.

Quiz On Alzheimer's Disease
Alzheimer's disease (AD) is the most common form of dementia. Participate in this quiz to find out how much you know about this debilitating ...

Holistic Management for Depression
Depression is a common disorder and many worldwide suffer from depression. Early recognition of symptoms and signs of depression can help in taking a holistic approach to the management of depression.