What is ICU Delirium?

Delirium in general means decreased awareness of ones own surroundings. If such a condition occurs in the ICU it is termed as ICU delirium.

ICU delirium or psychosis is a condition, or rather, a complication of hospitalization in the intensive care unit. It is characterized by a set of symptoms ranging from mere confusion to agitation. It can also be called as acute brain dysfunction of critically ill patients.

ICU Delirium is classified as hypoactive, hyperactive and mixed types.

Delirium depends on various factors like age, length of stay in the ICU, if patients is being ventilated or not, severity of disease, having pneumonia, cognitive impairment, depression, or history of previous stroke. It can affect almost one out of four patients admitted to the ICU, but the incidence can be higher depending on the type of patients being admitted.

ICU Delirium has significant impact on the clinical outcome and recovery of the patient. Delirious patients may have three times more risk of mortality than their non-delirious counterparts, and are six times more likely to have complications.

Even after discharge, the amount of time the patient was delirious in the ICU predicts long-term cognitive impairment, physical disability and death even up to a year after discharge from ICU.

What are the Causes / Risk factors of ICU Delirium?

What are the Signs and Symptoms of ICU Delirium?

ICU delirium manifests with a wide range of symptoms depending on whether the patient presents with hypoactive, hyperactive or mixed delirium:

Signs of ICU delirium include:

One of the first signs of ICU delirium is alteration in sleep pattern - inability to sleep at night, and drowsy during the day, and persistent reporting of lack of sleep and the patient asking for sedation. Other signs may include -

How do you Diagnose ICU Delirium?

Diagnosis of ICU delirium is purely clinical depending on the signs and symptoms. A few tools are highly helpful in diagnosing ICU delirium and initiating early treatment.

Tools which help in diagnosing ICU delirium include the following:

1. Abbreviated cognitive test for delirium  The total score is obtained by summing up two content scores

A total score less than 11 is considered positive for delirium

Here, the patient is assessed based on the following 8 points:

A score of 4 or above indicates delirium.

3. The Richmond Agitation Assessment Score (RAAS Score). The score ranges from +4 to -5 with 0 being the neutral score where the patient is alert and calm. The +4 score is allotted to the combative patient and a patient who is not arousable is given a -5 score.

4. The Confusion Assessment Method for the ICU (CAM-ICU). This scale is a very important tool to diagnose delirium in ICU patients especially in ventilated patients

Here the patient is assessed for 4 features

The following blood tests are done to check for underlying causes of ICU delirium:

How Do You Treat ICU Delirium?

ICU delirium is an acute brain failure rather than a mental illness and is reversible in most cases.

Orienting the patient to their surroundings by the following measures:

Medications - Medications usually has a limited role in managing ICU delirium but are definitely helpful in acute psychotic episodes.

Drugs used in ICU delirium are:

How Do You Prevent ICU Delirium?

ICU delirium can be prevented by minimizing or preventing the trigger factors. 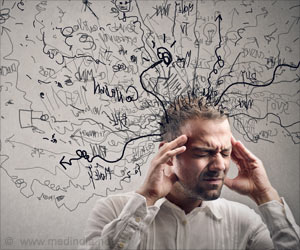 Delirium
Delirium is a sudden disturbance in mental function that causes confusion and decreased awareness of one's environment. It is classified into three subtypes - hyperactive, hypoactive and mixed.
READ MORE
Sign up for Wellness Consult a Doctor Sign up for Selfcare