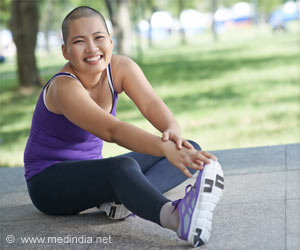 Ashkenzai women who test BRCA+ and choose not to have mastectomy are less likely to have morbid cancer therapy and have better survival rates. The BRCA genes are tumor suppressor genes. Genetic screening for BRCA is affordable and should also be done for embryos of these women. The chance for BRCA mutation is very high among ashkenzai jewish women.

Ashkenazi Jewish women have a 1-in-40 chance of carrying the BRCA mutation and these BRCA-positive women have an 80 percent lifetime risk of developing breast or ovarian cancer. A study by University of Colorado Cancer Center and Shaarei Zedek Medical Center, Israel presented at the European Society of Human Genetics Annual Meeting 2019 shows the importance of healthy women knowing their BRCA status, even when these women choose not to undergo prophylactic mastectomy: Of 63 Ashkenazi Jewish women unaware of their BRCA+ status at the time of breast cancer diagnosis, and 42 women who were aware they were BRCA+ prior to their breast cancer diagnosis (but had decided against surgical prevention), the women who knew their BRCA+ status were diagnosed with earlier stage breast cancer, needed less chemotherapy, less extensive axillary surgery, and had greater overall 5-year survival (98 percent vs. 74 percent).

A new study published in CANCER shows that women of color and young women may face elevated risks of developing triple-negative breast cancers.
Advertisement
‘Ashkenzai jewish women knowng their BRCA+ status and choosing not to have mastectomy have better survival rates from breast and ovarian cancer.’
Read More..

"The problem is that genetic screening for BRCA by a saliva or blood test is not recommended by any medical body or health care organization in healthy Ashkenazi Jewish women without a strong family history. Therefore, the way women usually find out they have the BRCA gene is only after they are diagnosed with breast cancer, at which time we've lost the opportunity to offer surgery that could prevent breast cancer or start high-risk breast cancer screening at an age young enough to detect cancers earlier," says Rachel Rabinovitch, MD, FASTRO, CU Cancer Center investigator and professor in the CU School of Medicine Department of Radiation Oncology.


The BRCA genes, BRCA1 and BRCA2, are tumor-suppressor genes, meaning that their function is to identify and correct genetic mistakes that could lead to cancer. When these genes become disabled by mutation, they can no longer act against tumors, leading to a much greater chance of developing breast and ovarian cancers. In the general population, about 1 in 400 women carry BRCA mutations, which most health experts feel is too rare to recommend the wide use of screening (which leads insurance companies to not cover the test). However, for Ashkenazi Jewish women, the risk is ten times higher, leading to calls for increased screening in this population. The test itself is relatively simple, checking for three specific mutations and costing less than $200.

Awareness of Alcohol's Role in Breast Cancer is Poor in Women

Nearly half of the women are not aware that drinking alcohol increases the risk of breast cancer, according to a new study.
Advertisement
"We found that women who knew they were BRCA positive and chose to keep their breasts were much more likely to be diagnosed with noninvasive breast cancer, earlier stage invasive breast cancer, and need less morbid cancer therapy; but most importantly their survival was better," Rabinovitch says, suggesting that results argue for routine BRCA screening in women of Ashkenazi Jewish descent.

"However even among those of us who did the study, we do not agree on when is the best age for genetic screening," Rabinovitch says. "My colleagues who live in Israel suggest it should be done at age 30 (the age at which significant cancer risk begins), but I think that's too late."

The reason has to do with the ability to screen embryos for BRCA mutations and to choose to implant only the embryos without BRCA mutation.

"Testing at age 30 is useful for the woman - it's before she is likely to develop breast or ovarian cancer and so offers her the opportunity for surgical prevention or increased cancer screening. However, by that age, many women have made the decision to get pregnant, and you've deprived them of the option to undergo procedures which would prevent passing on the BRCA mutation to their children. While not all women will choose this, I think they should be given the opportunity to do so," Rabinovitch says.

Another challenge with early BRCA testing is the social stigma in some communities that can be associated with a positive finding. "When do you share with a partner your BRCA status? Would this impact a partner's interest in marriage or having children? These legitimate and important questions are among the consequences of genetic testing," Rabinovitch explains.

Overall, Rabinovitch advises Ashkenazi Jewish women (and men) to be screened for the BRCA mutation "if they are willing to deal with the consequences of that information." If not, Rabinovitch points out, "it can result in a whole lot of anxiety without much benefit."

Study results add to a growing body of evidence that Rabinovitch hopes will eventually be used to guide new BRCA screening recommendations in the United States and Israel for healthy Ashkenazi Jews and other high-risk populations.

Artificial Intelligence can be Used to Diagnose Breast Cancer Accurately

Patients with breast cancer could gain significant benefits from marriage and indicates the importance of psychosocial support to patients with unfavorable marriage, stated new study.