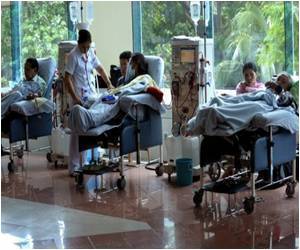 An observational study has found that most of the kidney failure patients on dialysis experienced sexual problems.

Other studies have also indicated that sexual dysfunction is also common in men on hemodialysis. More than 350,000 people in the United States receive this type of therapy.

Dialysis is an artificial process for removing excess water and waste from the blood. Hemodialysis and peritoneal dialysis are the types of dialysis.


Patients on dialysis can experience symptomssuch as pain, depression, impaired sleep, and fatiguethat affect their quality of life. Sexual dysfunction may also be a problem for many.

How healthy are your kidneys? Is it possible to lead healthy lives with just a single kidney? Learn more by taking part in this quiz.

Among the major findings:

 84% of all women and 55% of sexually active women in the study experienced sexual problems.

 Women with a partner were less likely to report sexual dysfunction than those without a partner.

 Sexual dysfunction occurred more often in women who were older, were less educated, had signs of depression, had reached menopause, had diabetes, and took diuretic therapy (which helps the body get rid of unneeded water and salt).

 Nearly all of the women (96%) who were not on a waiting list for a transplant and who were living without a partner reported sexual dysfunction.

"With this study, we shed light on the highly frequent condition of female sexual dysfunction in women on dialysis; this deserves attention and further study, since specific interventions are not yet available to address it," said Dr. Strippoli. "Clinicians should not overlook the importance of problems such sexual dysfunction in people who receive hemodialysis for renal replacement therapy," he added.