What Goes Wrong in the Brains of Older People With Dementia ? 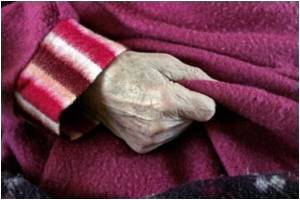 Researchers have long chronicled what goes wrong in the brains of older people with dementia. But Northwestern Medicine researcher Emily Rogalski wondered what goes right in the brains of the elderly who still have terrific memories. And, do those people - call them cognitive SuperAgers - even exist?

Rogalski's new study has for the first time identified an elite group of elderly people age 80 and older whose memories are as sharp as people 20 to 30 years younger than them. And on 3-D MRI scans, the SuperAger participants' brains appear as young -- and one brain region was even bigger -- than the brains of the middle-aged participants.

Resistance to Dementia May Run in the Family:Study

A new study found that people free of dementia having high levels of a protein that indicates the presence of inflammation have relatives who are more likely to avoid the disease.
Advertisement

She was astounded by the vitality of the SuperAgers' cortex - the outer layer of the brain important for memory, attention and other thinking abilities. Theirs was much thicker than the cortex of the normal group of elderly 80 and older (whose showed significant thinning) and closely resembled the cortex size of participants ages 50 to 65, considered the middle-aged group of the study.


"These findings are remarkable given the fact that grey matter or brain cell loss is a common part of normal aging," said Rogalski, the principal investigator of the study and an assistant research professor at the Cognitive Neurology and Alzheimer's Disease Center at Northwestern University Feinberg School of Medicine.

Risk of Dementia High Among Elderly Who Experience Delirium

A new study published in the journal Brain reveals that the risk of dementia is high among the elderly who have suffered from episodes of delirium.
Advertisement
Rogalski is senior author of the paper, which is published in the Journal of the International Neuropsychological Society.

By identifying older people who seem to be uniquely protected from the deterioration of memory and atrophy of brain cells that accompanies aging, Rogalski hopes to unlock the secrets of their youthful brains. Those discoveries may be applied to protect others from memory loss or even Alzheimer's disease.

"By looking at a really healthy older brain, we can start to deduce how SuperAgers are able to maintain their good memory," Rogalski said. "Many scientists study what's wrong with the brain, but maybe we can ultimately help Alzheimer's patients by figuring out what goes right in the brain of SuperAgers. What we learn from these healthy brains may inform our strategies for improving quality of life for the elderly and for combatting Alzheimer's disease."

By measuring the thickness of the cortex - the outer layer of the brain where neurons (brain cells) reside - Rogalski has a sense of how many brain cells are left.

"We can't actually count them, but the thickness of the outer cortex of the brain provides an indirect measure of the health of the brain," she said. "A thicker cortex, suggests a greater number of neurons."

In another region deep in the brain, the anterior cingulate of SuperAger participants' was actually thicker than in the 50 to 65 year olds.

"This is pretty incredible," Rogalski said. "This region is important for attention. Attention supports memory. Perhaps the SuperAgers have really keen attention and that supports their exceptional memories."

Only 10 percent of the people who "thought they had outstanding memories" met the criteria for the study. To be defined as a SuperAger, the participants needed to score at or above the norm of the 50 to 65 year olds on memory screenings.

"These are a special group of people," Rogalski said. They aren't growing on trees."

Most of the SuperAger participants plan to donate their brains to the study. "By studying their brains we can link the attributes of the living person to the underlying cellular features," Rogalski said.
Source: Eurekalert

Playing Ping-Pong Can Help Reduce The Risk of Dementia

A new study has found that Olympic sports not only helps physically by improving strength, endurance and agility, but can also help your brain.
Advertisement
<< New Health Index: Global Ocean Scores 60 Out of 100
Researchers Identify 26 Species of Gut Bacteria Linked to O... >>

Nutam (400mg) (Piracetam) Hearing Loss Calculator Find a Hospital The Essence of Yoga Blood Donation - Recipients Color Blindness Calculator Post-Nasal Drip Diaphragmatic Hernia Sanatogen Accident and Trauma Care
This site uses cookies to deliver our services. By using our site, you acknowledge that you have read and understand our Cookie Policy, Privacy Policy, and our Terms of Use