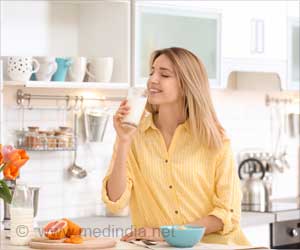 Drinking a glass of frothy milk is always tasty, but watch out, it may be adulterated with detergents, caustic soda, glucose, white paint, and refined oil.

Think twice before having a glass of milk. You may be drinking a 'cocktail of milk, white paint and detergent. Come summer, and there is acute shortage of milk in the country, and it is during these months that milk and related products tend to turn more unsafe than other foods.


Raids in several dairy plants in Uttar Pradesh has revealed that chemical compounds like detergent and urea were being freely mixed with milk and sold in the open market.


‘Is your milk frothy always? You need to watch out, as the froth in your milk could be detergent.’
Read More..


On Tuesday, a huge dairy plant was raided in Varanasi by the state's Food Department and over ten thousand litres of spurious milk, mixed with detergent was seized.

The plant was run by Pure Dairy Solutions which also marketed milk by the brand name of Kashi Sanyog. For the past few days consumers were complaining about the bad quality of milk which had led to the raids.

Officials of the Food Department told IANS that during a crackdown on spurious milk suppliers, similar seizures were made in other parts of the state as well. During such raids on the dairy plants in the past couple of months, it has been discovered that milk containing detergent, urea and starch was being manufactured and supplied in the market.

Most of the dairy plants run by locals in Uttar Pradesh, Haryana and Punjab usually supply sub standard milk during summers when there is an acute shortage of milk.

Last year a huge dairy plant in Patiala was raided by the police and over seven thousand litres of adulterated milk, mixed with detergent powder was recovered. 323 bags (of 50 kg each) of skimmed milk using chemicals was also recovered from this plant.

Even in the national capital, a majority of milk samples tested by Delhi Food Safety Department (DFSD) were found not fit to drink.

"Around 477 samples tested between January 2018 and April 2019 by the government lab were sub-standard," a report of the DFSD reveals.

Earlier member of the Animal Welfare Board of India, Mohan Singh Ahluwalia had said that 68.7 per cent of milk and milk products sold in the country is not as per the standards laid down by Food Safety and Standard Authority of India (FSSAI). Ahluwalia had revealed that in production of adulterated milk and related products, detergents, caustic soda, glucose, white paint and refined oil were commonly used.

Health Benefits of Skimmed Milk
What is skimmed milk and what are its health benefits? Get all nutrition facts on skimmed milk right here!
READ MORE

Pasteurization of milkTypes of MilkWhy Do We Eat - Nutrition FactsDiet Lifestyle and Heart DiseaseTypes of Food AllergiesThe Acid-Alkaline balance, Diet and HealthAcid Base Dietary Balance and its Influence on Our Health and WellbeingLactose IntoleranceSurprising Benefits of DairyCalcium Rich Foods
Sign up for Wellness Consult a Doctor Sign up for Selfcare