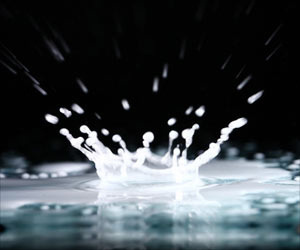 A rapid test kit to check the quality of milk and edible oils has been developed by the Food Safety and Standards Authority of India (FSSAI).

"We have started developing variety of rapid test kits for variety of products. But the focus is on milk product and edible oil. We are looking for potential investors and entrepreneurs for bulk production," FSSAI Chairman Ashish Bahuguna told media after a meeting of the Central Consumer Protection Council here.

Coca-Cola and the FSSAI to Help Train Street Food Vendors

The Coca-Cola India and the FSSAI, under the Safe and Nutritious Food - A Shared Responsibility theme, will provide training to the street food vendors.
Advertisement
‘Food Safety and Standards Authority of India (FSSAI) has started developing variety of rapid test kits for various products.’

One test kit cannot be used for all products and it poses a challenge, he said.


"We are trying to distinguish between safety and substandard. A product can be substandard without impacting the health," Bahuguna said, noting that milk adulteration was more in North India compared to that in South India.

Food Wrapped in Newspaper is Harmful to Health: FSSAI

FSSAI says to prevent and protect oneself from consuming food that is wrapped in newspaper, as the ink used to print causes harmful effects on health.
Advertisement
Since the previous survey to check adulteration threw up surprising results, the government will hold another set of survey in summer when "reportedly mid-term inflation is on peak because production is lower".

After getting the reports, the government will decide a strategy and focus on hotspots.

Union Food and Consumer Affairs Minister Ram Vilas Paswan urged the FSSAI to come up with test kits for Rs 10-12 for customers to use it to check adulteration.

Bahuguna said that a company in West Bengal had manufactured an edible oil vending machine, which can be used for buying small quantity.

In the last six years, there has been an almost two-fold increase in the number of samples containing pesticides above the permitted Maximum Residue Level (MRL).
Advertisement
<< Kids Who Use Touchscreens Sleep Less
Exposure To Dirt And Germs Increases A Childs Immunity >>

Consumption Of Caffeine and Energy Drinks on a High in India: FSSAI

Food safety experts in India conduct a survey on the consumption pattern of caffeinated beverages and energy drinks across the country.