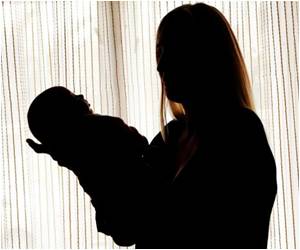 The World Health Organization warned that too many women in wealthy and developing countries alike are resorting unnecessarily to Cesarean sections for childbirth. Other pregnant women with a real medical need for a C-section simply do not have access to the operation, the WHO added.

"In a lot of developing and developed countries, there is really an epidemic of Cesarean sections, even when there is no medical need," said Marleen Temmerman, director of the WHO's reproductive health department.

For women undergoing their fifth or more caesarean section are at an increased risk of maternal complications and preterm deliveries, states study.
Advertisement

In countries like Brazil, where some 53% of births are by C-section according to WHO figures, "there is a culture of 'let's go for Cesarean'," Temmerman added.


Since the mid-1980s, doctors have said the ideal rate of C-sections should range between 10 and 15%, though the health community is working on establishing a new recommendation.

Do Caesareans Increase the Risk of Infection?

One out of 10 women who delivered their baby via a caesarean section, suffer an infection, according to analysis of data.
Advertisement
"If a country has a rate that is below 10%, you can see that there are more mothers and babies dying because (there is) no access," Temmerman said. "We see women dying" in some countries because they cannot be operated on in time, she added.

Friday's recommendations were the first specific call by the WHO to stop childbirth by Cesarean except when it is medically necessary. "I think this is the first time we are being so explicit about it," said Dr. Metin Gulmezoglu, WHO's perinatal expert.

Researchers have found that the strength of uterine contractions is significantly weaker in diabetic pregnant women which increases the risk of emergency caesarean birth.
Advertisement
Advertisement
This site uses cookies to deliver our services.By using our site, you acknowledge that you have read and understand our Cookie Policy, Privacy Policy, and our Terms of Use  Ok, Got it. Close
×