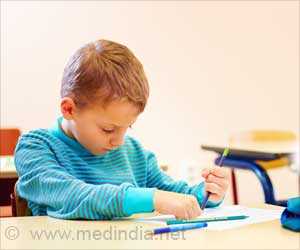 A key question in biology is understanding how brain works. Its basic working units, the neurons, transmit information in the form of electrical impulses and chemical signals. Alterations in the function of the neurons can lead to neurological and psychiatric disorders. Neurodevelopmental disorders (NDDs) are a group of frequent and often severe pediatric conditions, that can manifest, for example, as intellectual disability, autism or early-onset psychiatric symptoms. The recent development of higher resolution genetic diagnostic tools (like having better telescopes in astronomy) has underlined the prevalence of genetic anomalies, such as copy number variations (for example, loss of a gene), in children with NDDs.

Metabolic Genes may be Involved in Neurodevelopmental Disorders

Deletion of genes in human chromosome 16 linked to developing seizures, hyperactivity, obesity and macrocephaly.
Advertisement
‘The neurodevelopmental disorders typically manifest early in development, often before the child enters grade school, and are characterized by developmental deficits that produce impairments of personal, social, academic, or occupational functioning.’

Two HUDERF patients with neurodevelopmental disorders (here cognitive and behavioral symptoms) showed partial loss (deletion) of the DLG2 gene, which plays an important role in the development, plasticity, and stability of synapses (the zone where two neurons touch each other allowing them to exchange information).


A research team led by Dr. Guillaume Smits, Nicolas Deconinck and Catheline Vilain of HUDERF and Professor Gianluca Bontempi of ULB (Machine Learning Group) collaborated through the Interuniversity Institute of Bioinformatics in Brussels, (IB), a joint research institute at the Université libre de Bruxelles (ULB) and the Vrije Universiteit Brussel (VUB). Together, they worked at integrating large genomic, epigenomic, transcriptomic and clinical datasets. The computational experiments, performed by Claudio Reggiani, a PhD student funded by the Belgian Kids' Fund for Pediatric Research and Innoviris, pinpointed two novel DLG2 promoters and coding exons conserved in human and mouse and present in the fetal brain.

Language disorders are a very complex neurodevelopmental disorder and finding their genetic causes has been particularly challenging.
Advertisement
The deletion of these new regions were found statistically associated with developmental delay and intellectual disability in two independent patient cohorts, supporting the pathogenic role of these new elements into the neurodevelopmental symptoms of both HUDERF patients. The results of this work have been published in the international journal Genome Medicine.

From a medical perspective, the findings will help medical doctors in improving future diagnosing of children with NDDs, intellectual disability, autism and schizophrenia. From a scientific point of view, this work shows how the in silico integration of multiple large datasets can bring knowledge about the genome. It also provides elegant progress into the molecular cause of neurodevelopmental disorders and improves fundamental knowledge about the DLG2 gene.

How paternal aging influences the behavior of offspring that inherit a genetic risk has been described by researchers.
Advertisement
<< Simplifying Information Helps Fight Against Childhood Obesi...
Identifying Ways to Reduce Potential Harm from Energy Drink... >>

The best way to help young people with neurodevelopmental disorders like autism and attention deficit/hyperactivity disorder get more exercise is to make it fun.