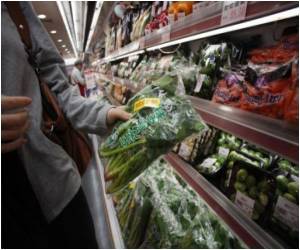 Research work on the health effect of nuclear radiation must be followed without being influenced by the nuclear industry, says World Health Organization.

The WHO's remarks came after a first meeting between the UN health agency's chief, Margaret Chan, and Chernobyl protestors who have claimed the dangers of nuclear radiation were played down because of an allegedly dominant role played by the UN's International Atomic Energy Agency (IAEA).

Chan also pledged that the WHO would look into why the proceedings of a 2001 meeting on radiation and health involving experts from both UN agencies were not published.


"WHO agrees in principle that research should continue on the health effects of radiation and the research should not be influenced by industry," the Geneva-based agency added in a statement.

A radiological health expert has suggested that an active form of vitamin D can protect against damage from low levels of radiation.
Advertisement
The health agency reiterated that its cooperation agreement with the IAEA did not stop it acting independently out of its overriding concern for public health.

However, it said it could not impose health safety standards in individual countries.

The group, "Independent WHO" has been campaigning doggedly to raise attention for people affected by the massive radiation leak after the nuclear accident at Chernobyl 25 years ago.

Two workers were killed in the explosion at the now Ukrainian nuclear plant on April 25, 1986, and 28 other rescuers and staff died of radiation exposure over the subsequent months.

While tens of thousands were evacuated, fears remain about the scale of the damage to human health, especially for more than half a million rescue workers, known as liquidators, who were sent to secure the power station and decontaminate the area.

The group says a large proportion of then have died or are seriously ill, and underlines that growing children are acutely vulnerable to radiation.

Concern about the safety of nuclear power has been heightened in many countries following the major radiation leak at the Fukushima Daiichi nuclear plant in Japan after it was hit by a massive earthquake and tsunami on March 11.

The girl's voice shook as she stood in front of some of the world's top scientists and told them I am one of the statistics that you will be studying.
Advertisement
<< New Finding in Monkeys May Pave Way for Effective AIDS Vacc...
Noble Laureate Tutu Hails S.Africa's Turnaround on AIDS >>

Minimizing Side Effects In Chemoradiation Could Improve Patient Survival