Trapping Female Mosquitoes can Protect You From Chikungunya Virus 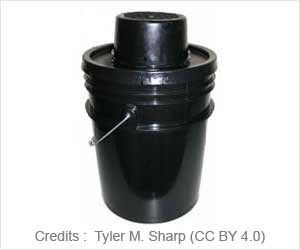 Trapping female mosquitoes using an Autocidal Gravid Ovitrap (AGO trap) could be the best way to prevent chikungunya virus infection, reports a new study. The findings of the study are published in the journal PLOS Neglected Tropical Diseases.

The U.S. Centers for Disease Control and Prevention (CDC) recently developed an Autocidal Gravid Ovitrap that attracts and captures female mosquitos looking for a site to lay eggs. Now, researchers report that AGO traps successfully protected people from infection with chikungunya virus (CHIKV) in communities in Puerto Rico.

Advertisement
‘Most people infected with the chikungunya virus develop some painful symptoms. However, trapping and kicking-out the dangerous disease-causing female mosquitoes using an Autocidal Gravid Ovitrap (AGO trap) can protect you and your family from chikungunya virus infection.’
Read More..

"AGO traps are a novel chemical-free, effective approach to control Ae. aegypti populations and provide protection from infection with the pathogens that these mosquitos transmit," the researchers say. "Further evaluations should determine if AGO traps are sustainable and effective in larger-scale community trials."

Novel Vaccine Shows Promise against Chikungunya Virus
Novel vaccine which is genetically modified, promises to be safe and effective against the ......

First Antiviral Drug Piperazine For Chikungunya
Piperazine which is a drug used for deworming can be used as an antiviral agent to treat ......