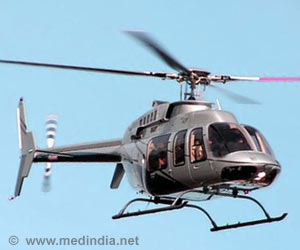 Tamil Nadu Chief Minister K. Palaniswami stated that the state government is planning to provide a helicopter ambulance facility in the state soon.

In his address at the Kings College Hospital in London on Aug 29, Palaniswami, who is in Britain to invite investors, appreciated the helicopter ambulance service and added that a similar facility is being planned in his state.

Advertisement
‘Tamil Nadu government will soon have a helicopter ambulance service to provide timely treatment to people in far off places.’

He said precious lives are being saved at Kings College Hospital by its helicopter ambulance service by transporting patients are in distant places.


The Chief Minister also assured the Kings College Hospital of his government's full support for setting up its branch in Chennai.

Universal Healthcare for The Poor: Budget 2018
India launches Modicare, the world's largest healthcare program at the Union Budget 2018 plus lakhs ...

Insufficient Healthcare Knowledge Major Impediment To Heart Disease Management
Lack of or insufficient knowledge among patients about health care compounded by the excessive use ....

How Accessible is Healthcare to the Rich and Poor in India?
Is quality healthcare available to both rich and poor in India? Find out more about healthcare ......