How Accessible is Healthcare to the Rich and Poor in India? 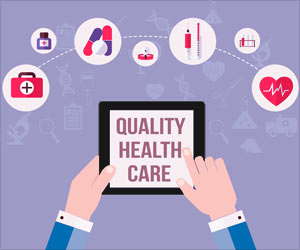 The Universal Declaration of Human Rights by the United Nations is the global expression of the rights of every human being and it includes the right to adequate healthcare. The Indian Constitution echoes this in Article 21, the Right to Life and so, the government must ensure that all individuals have access to essential medicines and medical treatment. Unfortunately, as privatization becomes commonplace, many public services are now privately operated which in turn drives up the cost.

The true extent of our problem of healthcare erosion can be seen in the number and type of hospitals that we have today. The number of public hospitals that provide easy medical access to the poor is on the decline but privatization has led to an increase in "five-star" hospitals that offer the best facilities and amenities while charging exorbitant rates. Poorer sections are often left to fend for themselves as the rift between rich and poor widens.


Majority of Health Services Focus on the Rich

Studies show that people from poorer sections of society who have a greater need for medical attention receive less care than people who are rich and have fewer needs. Public spending on health services focuses and benefits the rich rather than the poor. This type of inequality is known as inverse care and it is most prominent in countries where medical care is more exposed to market forces. Countries where this exposure is curbed have a reduced rate of inverse care. So it shows that the key to equality in health care stems from reining in the privatization of the health care sector.

The absence of proper sanitation and waste management facilities is one of the main causes of illness in most developing nations, including India. Over 2 million people die each year from preventable diseases such as diarrhea, malaria and typhoid. With an increase in the investments in sanitation, access has increased but it is still very low. In 1980, rural sanitation coverage was estimated to be just 1% but by 2011 that figure had increased to 31%. There are also severe disparities across the states - some states such as Kerala have as much as 81% rural sanitation coverage while Madhya Pradesh and Orissa have less than 10% coverage. The Ministry of Rural Development launched the Total Sanitation Campaign (TSC) to tackle sanitation problems in rural sanitation problems in rural areas. The TSC focuses on providing all primary and upper primary schools with drinking water and well-maintained toilets. They also teach basic hygiene education to prevent communicable diseases in children.

Public health facilities are inadequate and unable to meet the demand of the country's burgeoning population. Urban areas have more medical centres but they generally lack essential facilities and are often understaffed. Rural areas have very limited medical facilities while some areas do not have access to any clinics or hospitals. Due to the lack of adequate healthcare in the public sector, the private health sector remains the dominant healthcare provider catering to the needs of approximately 70% of the urban and rural population.

Due to the high cost of healthcare, poorer people delay treatment and this aggravates their existing health problems. With limited public healthcare options, people are forced to make large out-of-pocket payments at the point of service. The high costs of health care have led to "impoverishing care" which has become a common problem especially among the urban poor and the middle class. Research indicates that out-of-pocket health expenditure accounts for approximately one-sixth of the country's poverty burden. It is estimated that 100 million people fall into poverty each year only because of their healthcare costs.

India is the second most populous country in the world. According to the United Nations, current growth rates indicate that it will become the most populous country in the world in 2028. Ironically, our country suffers from a severe paucity in human resources. The need for adequate healthcare has become a major challenge and in order to meet the shortage, India plans to establish 200 new medical colleges in the next 10 years. Currently, the overall doctor-population ratio is just 1:1,800 and the dentist-population ratio is an astounding 1:10,000. Another factor that has contributed to the shortage of medical staff in the country is the high number of emigrating doctors and nurses - today, there are approximately 80,000 Indian doctors in the USA and 75,000 in the UK.

Health Care for the Urban Poor

Most of the larger cities in India have large slum areas. Over 65 million people in India live in slums and it is estimated that this number may increase to 104 million by 2017. Poor sanitation, the accumulation of garbage, poor drainage systems and a lack of clean drinking water are among the most prevalent problems in slums. These problems contribute to a host of health problems such as diarrhea, cholera and typhoid fever. The provision of adequate healthcare for slums is often left to NGOs and many of these organizations have engaged health workers to teach slum dwellers the basics of hygiene and disease prevention. There is a need for quantity as well as quality improvement in the public health care sector but most states are unwilling to increase the amount they spend on medical attention for the poor.

Health Care for the Rural Poor

The rural population of India has long suffered from poor medical health coverage. Many areas rely heavily on the support of NGOs and volunteer-based organisations to meet their medical requirements. These organisations conduct free medical check-ups and set up specialist medical camps to improve patient care. Malnutrition health problems are also very common and so health workers focus on educating people on the importance of a balanced diet. They are also taught the importance of immunization and family planning. 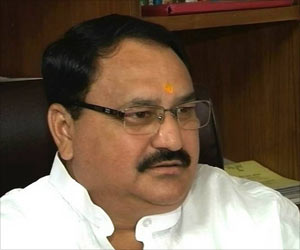