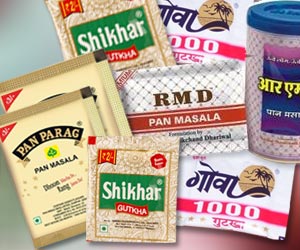 Bihar government placed a ban on 'pan masala', which, will be applicable for one year. The government also banned liquor previously in the year 2016.

Bihar Food Safety Commissioner Sanjay Kumar said: "Total 12 companies in the state have been totally barred from production, storage, transportation, exhibition and sale of 'pan masala' either in packed or loose form for next one year from today".

Advertisement
‘Keeping health concerns in mind, the Bihar government placed a ban on 'pan masala' as well, which, however, will be applicable for one year.’

An order issued by the Health Department said that under the Indian Constitution, any state government can ban the consumption of products that are injurious to people's health to provide them a nutritious and healthy lifestyle.


The Food Safety Commissioner has invoked a ban on different 'pan masala' manufacturing companies following orders issued by the Chief Secretary in a meeting held on July 5.
Advertisement
The ban has come into force after magnesium carbonate was found in 'pan masala' samples taken from different districts of Bihar.

Samples of other products have also been sent for scrutiny and suitable action would be taken following the report.

The Bihar government banned the production and consumption of liquor in the state on April 1, 2016.

FDA Maharashtra Decides to Take Action Against Celebrities Endorsing Pan Masala Products
The regulator has announced that it will take action against celebrities endorsing tobacco or pan .....

Punjab Bans Gutka and Pan Masala
Punjab Monday ordered a complete ban on the manufacture and distribution of tobacco-based products ....