A group of Taiwanese HIV patients are appealing against a US court decision barring them from suing pharmaceutical giant Bayer, their lawyer said Tuesday.

The patients, who are haemophiliacs, say they contracted the deadly virus from blood products sold in Taiwan in the 1980s by US-headquartered Cutter, owned by Bayer, according to Michael Baum, their lead attorney. 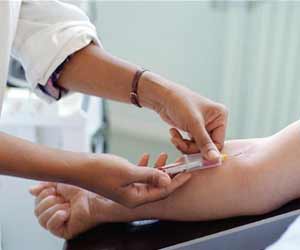 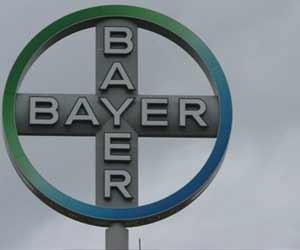 The Illinois Federal Court recently ruled that the Taiwan cases were barred by the statute of limitations, although the Taiwanese patients had won a motion to proceed in California in January.


"We have filed notices of appeal," said Baum, of Los Angeles-based law firm Baum, Hedlund, Aristei and Goldman, which has represented 41 Taiwanese haemophiliacs and their relatives since 2003.

Encyclopedia section of medindia explains in brief about the prevention for AIDS/HIV
Advertisement
At the centre of the dispute is a blood product called Koate, used in the early 1980s to clot the blood of the haemophilia patients in the event of injury. Koate was made by Cutter, which was bought by Bayer in the 1970s.

Taiwanese health authorities banned the product in 1985 after it was found that the product had not been heat-treated and could be tainted with HIV.

By that time, thousands of people had been affected worldwide, among them at least 53 in Taiwan, according to Taiwan's Department of Health.

"I was three years old when I contracted HIV," said one of the patients, now 27. "My mom told me I took the drug only three times."

Thirty-six out of the 53 local patients had since died, the patient said.

Cutter and most of local haemophiliac patients reached an agreement in 1999, with each patient given up to two million Taiwan dollars (62,000 US dollars at current exchange rates).

The money was provided on the basis that it was humanitarian aid since Cutter had done nothing wrong.

However, the issue developed a twist in 2003 when The New York Times reported that Cutter had continued to market the blood products in Asia even though it was aware of the risk, an allegation denied by Bayer.

"The company deliberately lied to the Taiwanese patients while reaching the agreement with them," said K. C. Huang, a legal expert at Taiwan's top academic body, Academia Sinica.

"Documents showed it knowingly dumped the tainted product in Taiwan and other countries in Asia," he told AFP.

Bayer Taiwan declined to comment when contacted by AFP.

However, a spokesperson for the company recently told the British newspaper The Guardian that it had behaved ethically.

"Bayer is committed to the highest ethical standards, to promoting our medications responsibly and to providing life-saving therapies for the global haemophilia community," the spokesperson said, according to the paper.

How to Reduce School Bag Weight - Simple Tips Post-Nasal Drip Pregnancy Confirmation Calculator Calculate Ideal Weight for Infants Sanatogen Blood - Sugar Chart A-Z Drug Brands in India Hearing Loss Calculator Loram (2 mg) (Lorazepam) The Essence of Yoga
This site uses cookies to deliver our services. By using our site, you acknowledge that you have read and understand our Cookie Policy, Privacy Policy, and our Terms of Use