Compared with sunscreen application, sun protection factor (SPF) moisturizers were found to miss more of the face, especially around the eyelid regions, stated study published in the open-access journal PLOS ONE by Kevin Hamill of the University of Liverpool, and colleagues. Moreover, people applying these products are unaware that they are failing to cover regions vulnerable to skin cancer.

Many moisturizers contain SPF equivalent to those found in sunscreens, but there is a lack of research into how SPF moisturizer application compares to sunscreens in terms of coverage achieved and protection afforded. Previously, Hamill and his team demonstrated that users incompletely covered their eyelid regions during routine sunscreen application.


In the new study, the researchers aimed to determine if SPF moisturizer users also displayed these tendencies. Eighty-four participants were exposed to ultraviolet (UV) radiation and photographed using a UV-sensitive camera on two separate visits. At visit one, images were acquired before and after application of either SPF30 sunscreen or moisturizer, then at visit two, the study was repeated with the other formulation.


‘Application was significantly worse for the moisturizer than the sunscreen in terms area of the whole face missed. ’

A post-study questionnaire revealed that participants were unaware of their incomplete coverage. Despite potential advantages in terms of increased frequency of moisturizer application, the areas of the face that are at higher cancer risk are likely not being protected, and participants are unaware that they are at risk. According to the authors, alternative sun-protection strategies should be promoted and a more extensive public awareness campaign is warranted.

The authors add: "When applying both sunscreen and moisturiser, the area around to eyes is often missed, particularly near the nose. Participants covered a smaller area of the face when using moisturiser compared to sunscreen. We conclude that particular attention should be paid to the eyelid area when applying any SPF cream. Alternative methods of protecting the eyelids should be considered such as UV filter sunglasses. Moisturiser is not as well applied as sunscreen; therefore, if planning prolonged sun exposure we advise sunscreen be used. If using moisturiser we advise one with SPF: any SPF is better than none but it should not be considered the equal of sunscreen."

Top Tips to Beat the Summer Heat
Is the summer heat making you feel tired and dizzy? Check out these simple tips to help you beat the summer heat and stay cool.
READ MORE 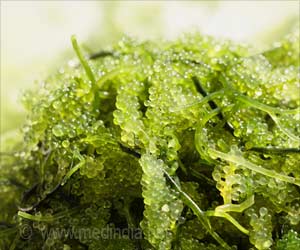 Bathe Daily Followed by Moisturizer For Soothing Dry Skin
Doctors have been asked about the risks and benefits of frequent bathing for those with atopic dermatitis (eczema), and parents haven't gotten consistent responses.
READ MORE