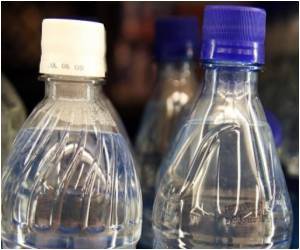 In a study that was conducted to study the effect of social class on exposure to common water disinfectants it was found that wealthy people who choose to drink bottled water rather than water from public supplies may be no less exposed to potentially cancer causing water contaminants.

As part of the EPICURO national bladder cancer study, researchers from all over Spain quizzed 1,270 individuals about their water use and consumption in an effort to discover whether social class has any bearing on exposure to common water disinfection byproducts. High levels of trihalomethanes (THM), chemicals formed in chlorinated water, have been implicated as a possible risk factor for cancer and can be ingested through public drinking water supplies, or absorbed through the skin in baths, showers, and public swimming pools.

The CREAL (Centre for Research in Environmental Epidemiology) research team found that richer people with higher levels of schooling consumed more bottled water than those less educated. Dr Gemma Casta'o-Vinyals, who led the investigation, said, "People with more money and more education may think that they're reducing their risk of exposure to water contaminants by drinking bottled water. However, despite being apparently cleaner and taking more exercise a result of taking more frequent and longer baths, and using swimming pools more often they are actually increasing their risk of THM exposure.


"It must be said that, the risk of these contaminants causing bladder cancer is small, and findings from this research may help us to understand water use patterns in the context of cancer prevention."

Cancer, is the second most leading cause of death worldwide. Cancer is not just one disease but many diseases. There are more than 100 different types of cancer. Take this quiz on and test how much you know about cancer.
Advertisement
<< Teens, Wealth and Alcohol Use
Vitamin D Deficiency More Frequent in Alcoholic Liver Disea... >>

The Essence of Yoga Drug Side Effects Calculator Blood Pressure Calculator Post-Nasal Drip Blood Donation - Recipients Iron Intake Calculator Accident and Trauma Care Diaphragmatic Hernia A-Z Drug Brands in India Turmeric Powder - Health Benefits, Uses & Side Effects
This site uses cookies to deliver our services. By using our site, you acknowledge that you have read and understand our Cookie Policy, Privacy Policy, and our Terms of Use