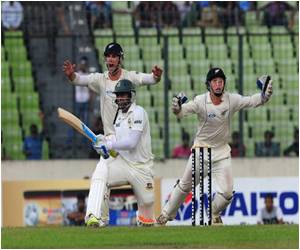 A survey of retired Australian players revealed that a quarter of them experienced depression or feelings of helplessness after leaving professional cricket, reveal reports.

According to the Sydney Morning Herald, the subject of mental health among cricketers was thrust back into focus when England's Jonathan Trott returned home from the Ashes tour last month citing 'stress-related illness'.

And the results of the survey, conducted by the Australian Cricketers' Association, further emphasise the challenges confronting the game, the report said.


The ACA contacted every player who had retired or been forced out of professional cricket, be it at international or state level, since 2005 for the poll in an effort to see how they had found the transition out of the game, the report added.
Advertisement
39 per cent of participants indicated they had experienced high levels of stress and anxiety for two weeks or more, the report further said.

25 per cent had experienced depression or feelings of helplessness for periods of two weeks or more, the report mentioned.

43 per cent felt they had lost a sense of their identity after finishing their cricket career, according to the report.

Substantially Higher Risk of Depression Associated With Physical Inactivity After Cardiac Surgery
Inactive patients following cardiac surgery have a substantially higher risk of depression and the ....