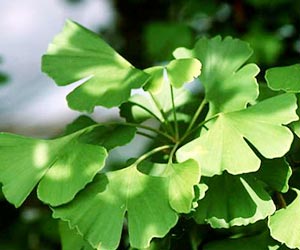 Researchers at the University of Toledo, Ohio, found that Ginkgo biloba treated mice had enhanced neurogenesis, partly due to the increased protein expression of hemeoxygenase 1, an antioxidant gene that also has a role in neurogenesis. Pertinently, mice lacking the hemeoxygenase 1 gene were observed to have reduced neurogenesis after stroke.

The study led by Dr. Zahoor A. Shah, Dr. Shadia E. Nada and Jatin Tulsulkar (graduate student) established that besides prevention, improving recovery following a stroke should become the prime focus of current stroke research. It was now found that neurogenesis was not only an ongoing process in adults, but could also be induced by pathological conditions like traumatic brain injury and ischemic stroke, and strategies that promoted endogenous neurogenesis as part of repair and regeneration process should be prioritized.


Neurogenesis in the adult brain involved not only the proliferation and migration of precursor cells known as stem cells/neural progenitor cells (NSCs) but also their functional integration into the neural network. Ischemia, though a potent inducer of proliferation and migration of NSCs, did not provided an environment conducive to their survival, differentiation and integration, and creating an environment with exogenous drugs was paramount to improving the number of NSCs that could result in improved brain repair and regeneration.

Stroke is a brain attack, which occurs when the blood supply to the brain is interrupted. It affects all age groups; according to the WHO, 15 million people are affected by stroke annually.
Advertisement
Zahoor A. Shah said that controversies and other ethical issues related to stem cell therapies make drug-induced enhanced neurogenesis a promising treatment strategy, besides one documented clinical trial recommending the use of Ginkgo biloba after ischemic stroke, further high quality and large-scale randomized controlled trials would be warranted to test its efficacy in stroke recovery.

Stroke is the third leading cause of death world over. Besides, it also disables the affected people, making them completely dependent on caregivers for their daily needs. Lifestyle greatly affects the chances of developing a stroke. Thus, the incidence of stroke can be brought down to a great extent by leading a healthy lifestyle. Here is a quiz that tests if you know enough about this disabling
Advertisement
<< Epidural Linked to Lower Depression Risk
EHR Algorithms to Identify Undiagnosed Hypertension Develop... >>

More News on:
Herbs that Reduce Anxiety and Depression