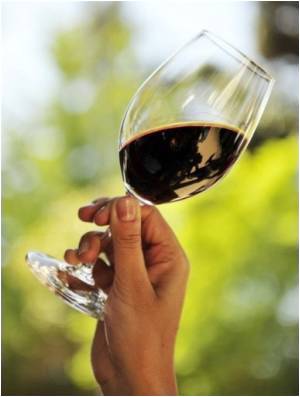 The effects of red and white wine on breast cancer risk related hormones have been studied by scientists.

Aromatase inhibitors (AIs) prevent the conversion of androgens to estrogens, and could play a role in the development of breast cancer.

This study of 36 pre-menopausal women consisted of a cross-over intervention trial to determine if there were differences between red wine and white wine in their effects on AIs.

The investigators concluded that red wine, but not white wine, was associated with significant effects on some indices of estrogen metabolism, free testosterone and luteinizing hormone were increased, but no significant differences were noted in estrogen levels.

Breast cancer is one of the leading causes of cancer deaths among women. It is often said that a woman who breast-feeds is at a lower risk of developing cancer compared to another who does not .Are these mere old wives tales or is there some truth in it? This quiz on breast cancer has all the details.
Advertisement
<< Genetic Mechanism Linked to Congenital Heart Disease Identi...
Florida Ranked As The 5th Least Healthy State In The US >>

The role of polyphenols in red wine in reducing the risk of cardiovascular disease has been clearly studied by scientists.