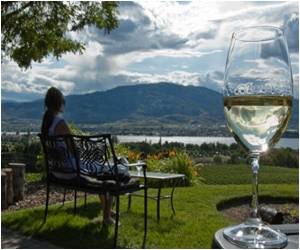 A glass of red wine has long been considered as the perfect accompaniment for cheese but gastronomic experts have now insisted that the tipple has been served the wrong way at dinner parties for decades.

The perfect partner for cheese, they claim, is in fact white wine, which is more mellow and versatile than its red counter-part, the Daily Mail reported.


Researches have argued that reds, which are generally more strongly flavoured than whites, dominate all but the most potent of cheeses.

"Basically, you should never have any kind of creamy cheese with red wine. It's just a no-no," said Stephen Williams, the founder of The Antique Wine Company.

Experience the bliss of vinotherapy - the power of grapes for a kissable skin.
Advertisement
"But the matching issue is wider than that: white wines generally go better with almost every type of cheese."

Cheeses normally associated with red wine include blues such as Roquefort and creamy cheese such as Camembert.

But Williams believes that the flavour of cheese gets subdued by the tannins - the bitter compounds from stalks, skins and seeds of grapes.

"The balance and texture is all wrong. Successful cheese and wine matching is all about balance. It is not about contrast."

Debate on How Safer is Wine Than Other Alcoholic Beverages