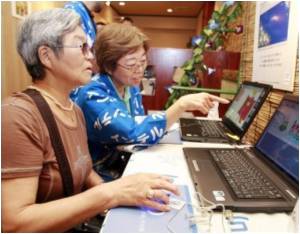 70 years is the average age of inhabitants of Spain's 'most aged village,' where the youngest person is 65 years old.

The last child was born more than 40 years ago but the tiny village of Olmeda de la Cuesta in one of the forgotten corners of Spain is determined to fight off extinction, reports the Telegraph.

Hotels and restaurants in the northern Spanish town of Palencia closed on Wednesday to protest the country's tough anti-smoking law which took effect this year.
Advertisement

The village is auctioning off its abandoned plots for only 1,700 pounds in a desperate attempt to attract young blood and revive a community that is in danger of dying out within a decade.


100 miles east of Madrid in the arid plains of Castilla-La Mancha, the village with only 15 permanent residents has earned the sobriquet of Spain's "most aged village".

Spanish experts are stressing the need to co-ordinate clinical waste management regulations in the different autonomous communities to improve recycling and waste disposal.
Advertisement
"It's a very different place to that of my youth," said 82-year-old Arturo Regacho Mateo, surveying the abandoned children's playground in front of the village's 16th century church.

"In 1940 there were 500 people living here but over the years they left to find work and didn't come back, now only the old are left," he said.

The school closed in 1973 effectively sealing the fate of the village, whose population has declined drastically over the last four decades, leaving dozens of empty homes dangerously crumbling to the ground.

"People used to work the fields but that way of life ceased to exist and there was nothing to keep families here," Mateo added.

Smokers stubbed out their cigarettes in tapas bars and restaurants across Spain as one of Europe's strictest anti-tobacco laws came into force on Sunday.
Advertisement
<< Latest Technology Can Track Sexual Offenders With Fingerpri...
Half of All Brit Parents Too Busy To Read Bedtime Stories t... >>