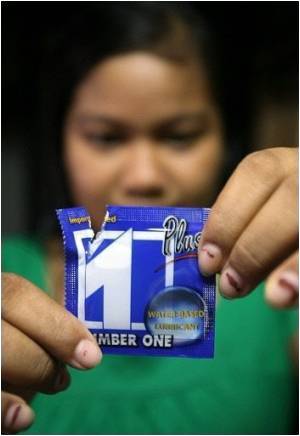 Identifying sexual offenders may now get easier with the help of a new method that can detect fingerprints containing condom lubricants left behind.

British researchers have developed a technique that could be used to prove suspects had contact with a condom, thus placing them at the scene of the crime, reports the Sydney Morning Herald.

Community wardens have been called in to patrol a popular nudist beach in England, after there was a rise in sexual misconduct.

It may also be able to identify the unique ridge pattern of offenders' fingerprints.


Assailants were becoming increasingly aware of forensic issues, such as their DNA being transferred, and it was common for condoms to be used and removed from the scene, wrote the Sheffield Hallam University researchers.

DNA tests on blood samples is slowly helping Argentines learn the fate of 30,000 people who went missing during the nation's brutal military dictatorship.

"In addition, one of the first instincts of a sexual assault victim is to try and expel the sense of violation by washing themselves and their clothes," they wrote.

However, sexual offenders were less likely to consider the possibility of lubricant transferring onto their fingertips and then into fingermarks left at the scene, said the authors.

The team successfully detected lubricant from two common condom brands left behind by fingermarks, even several weeks after it had been deposited.

One of the study's authors, Simona Francese, said if condom lubricant could be detected in fingermarks it would improve the evidence for the prosecution by establishing the assailant's presence at the scene and, crucially, having had contact with a condom.

"This would enable forensic scientists to provide further support to the evidence in alleged cases of sexual assault," she said.

The findings were published in the journal Rapid Communications in Mass Spectrometry.

Is Your Partner Cheating on You ? New Online DIY DNA Test Available to Bare Facts

If you doubt the integrity of your partner, do yourself a favour and buy an online DIY paternity test to check if your partner is cheating on you.
<< False Alerts For Breast Cancer Could Decline With Repeat MR...
Spain's 'Most Aged' Village Fighting Off Extinction! >>

Colon Cancer Could Be Prevented With Stool DNA Testing