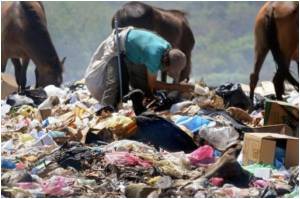 Spanish experts are stressing the need to co-ordinate clinical waste management regulations in the different autonomous communities in the country to improve recycling and waste disposal.

A study carried out by the University of Granada (UGR) points out there is currently no specific state-wide regulation, just a framework law that the Spanish Ministry of the Environment and Rural and Marine Affairs (MARM) is planning to reform.

Clinical waste is generated from activities carried out in centres for the treatment, diagnosis or immunisation of humans or animals, as well as in centres where compounds are produced from live organisms and their products. It is generated from medical activities or from research in hospitals, clinics and pharmaceutical laboratories.


Although a part of this waste could be considered similar to urban waste, much of it is potentially hazardous, fundamentally, given the presence of chemical substances and pathogens.
Advertisement
"We carried out a comparison of the clinical waste management regulations and plans in place in the autonomous communities in 2008 to see if there were any differences. We observed distinctions that even affected the classification of waste, making it difficult to obtain global data on, for example, what different types of waste are generated in the clinical sector", explains Montserrat Zamorano, UGR researcher and co-author of the study, to SINC.

In Spain there is no specific legislation relating to clinical waste, hence its management is regulated by Law 10/98 on waste, as well as by specific regulations based on its classification, as is the case for hazardous and radioactive waste, among other types.

"Thirteen of the autonomous communities studied, however, have approved regulations or plans to regulate the management of this type of waste, some prior to the approval of Law 10/98, with the aim of guaranteeing environmental health and protection", highlights Zamorano.

The study analyses the differences and similarities between the ways in which waste is defined and classified, as well as the basic principles established for the distinct stages of its management. "When it comes to managing waste, problems may arise in communities where no reference standard exists, whereby health centres within the same province manage their waste differently if there is no agreement in place", points out the expert.

Scientists found differences in the definition of the term 'clinical waste', in the classification of this type of waste, as well as in criteria prescribed for the presentation, collection, storage and treatment of the established categories. "Furthermore, at the time of the study, it was observed that some of the standards prior to the approval of Law 10/98 had not been adapted to the basic principles of management established therein.

"Neither is the practice of reduction, reuse, recycling and appraisal, as opposed to incineration and dumping, widespread; and consequently, owing to the excessive use of single-use material, the rate of generation of this type of waste has increased significantly", indicates the researcher.

According to the experts the differences observed, as well as the practices in place, could have implications both environmentally and economically in the management of this waste. "This situation could be avoided with the approval of some general management criteria on a national level", concludes the expert.

The conclusions could be relevant to many other countries too.

Accident and Trauma Care Indian Medical Journals Hearing Loss Calculator How to Reduce School Bag Weight - Simple Tips Sanatogen Find a Hospital Post-Nasal Drip Noscaphene (Noscapine) Drug Side Effects Calculator Sinopril (2mg) (Lacidipine)
This site uses cookies to deliver our services.By using our site, you acknowledge that you have read and understand our Cookie Policy, Privacy Policy, and our Terms of Use  Ok, Got it. Close
×