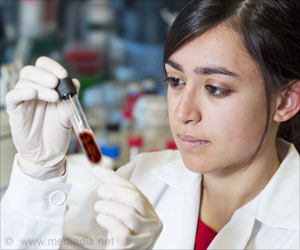 Blood contains proteins, enzymes, lipids, metabolites, and peptides that serve as biomarkers for health screening, monitoring and diagnostics. Both research and clinical care often require blood to be collected outside a laboratory. However, unless stored at controlled temperatures, these biomarkers rapidly deteriorate, jeopardizing the accuracy of subsequent laboratory analysis.

Existing alternative collection and storage solutions, such as drying blood on paper cards, still fail to effectively protect biomarkers from heat and humidity.


Researchers have stabilized blood samples for long periods of time without refrigeration at temperatures up to 45 degrees Celsius by encapsulating them in air-dried silk protein. The technique has broad applications for clinical care and research that rely on accurate analysis of blood and other biofluids.


‘By encapsulating blood samples in air-dried silk protein, researchers have stabilized them for long periods of time without refrigeration at temperatures up to 45 degrees Celsius.’


"This approach should facilitate outpatient blood collection for disease screening and monitoring, particularly for underserved populations, and also serve needs of researchers and clinicians without access to centralized testing facilities. For example, this could support large-scale epidemiologic studies or remote pharmacological trials," said senior author David Kaplan, professor in the Department of Biomedical Engineering at Tufts University School of Engineering, Medford, Massachusetts, US.

For the current research, the scientists successfully mixed a solution or a powder of purified silk fibroin protein extracted from silkworm cocoons with blood or plasma and air-dried the mixture. The air-dried silk films were stored at temperatures between 22 and 45 degrees Celsius. At set intervals, encapsulated blood samples were recovered by dissolving the films in water and analyzed.

"We found that biomarkers could be successfully analyzed even after storage for 84 days at temperatures up to 113 degrees Fahrenheit (45 degrees Celsius)," study co-first author Jonathan Kluge from Vaxess Technologies, a Massachusetts-based pharmaceutical company.

"Encapsulation of samples in silk provided better protection than the traditional approach of drying on paper, especially at these elevated temperatures which a shipment might encounter during overseas or summer transport," Kluge noted.

The findings were published online in the journal Proceedings of the National Academy of Sciences.

The paper noted that the silk-based technique requires accurate starting volumes of the blood or other specimens to be known, and salts or other buffers are needed to reconstitute samples for accurate testing of certain markers. 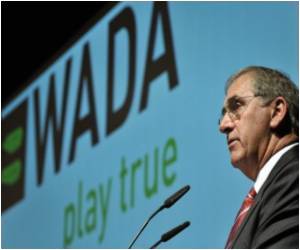 New Zealand Researchers are Going to Develop New Test to Detect a Performance Enhancer in Players Blood Samples
New Zealand scientists have received a grant from the World Anti-Doping Agency to develop a test to detect the presence of erythropoietin in the players' blood samples.
READ MORE

Retention And Use Of Dried Blood Samples
Medical expert says that the tremendous public health benefits of research with blood samples left over after routine newborn screening must not be lost amidst controversy and litigation.
READ MORE