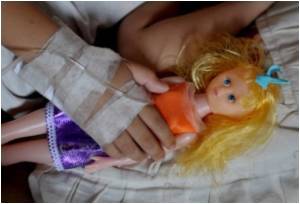 Sepsis is among the leading causes of deaths in India, killing more people than cancer or AIDS, say experts.

Awareness to the fatal condition, however, remains low, say doctors.


It is a condition in which bacteria make toxins that cause the body's immune system to attack organs and tissues.

"Any infection in any part of body may cause sepsis," warned Nangia.

Birth defects are abnormalities, which occur before the birth of the baby and can be caused due to genetic, environmental and other unknown reasons.
Advertisement
"Every hour, about 36 people die from sepsis. It causes more deaths than prostate cancer, breast cancer and HIV/AIDS combined. Globally, an estimated 18 million cases of sepsis occur each year," said Rajesh Chawla, vice-chancellor of the Indian Society of Critical Care Medicine (ISCCM), Delhi.

ISCCM, along with Global Sepsis Alliance, is organising a programme to spread awareness on Sepsis Thursday, marking the World Sepsis Day.

"Sepsis is quite a common cause of deaths. It is the third commonest cause resulting in death across the world, and in India it is probably the leading cause," observed Nangia.

Chawla said that although Sepsis was one of the most serious medical conditions, there was a tremendously low awareness among people, including medical professionals.

According to a recent Indian Intensive Care Case Mix and Practice Patterns study, one out of two patients who develop Sepsis die.

Nangia added that hospital picked infections which cause the disease might also be related to multi-drug resistant bacteria.

"When the infection is picked up in hospitals, it can be associated with the multi-drug resistant bacteria," he said, adding that there was a strict guideline on how to treat patients after detection of Sepsis.

"The patient has to be admitted and within first two hours, first shot of anti-biotic has to be given. After that detailed culture tests have to be done," he says.

It is well-known that sepsis, or bacterial infection of the bloodstream, is a grave, hard-to-diagnose threat in premature newborns in the NICU.
Advertisement
<< Study Says Male Stroke Survivors More Likely to Suffer Depr...
Physician's Empathy Directly Associated With Positive Clini... >>

Averting The Immune System From Malfunctioning During Sepsis

Drinking Beer or Wine Every Day Could Cause Age-related Diseases
View all
News Archive
News Resource
Advertisement
News Category
How to Decipher a Baby's Cry of Pain? Nurturing Your Financial Well-being Might Slow Down Memory Loss How Microglia Contribute to Alzheimer's Disease? How the Intestine Repairs Damaged Tissue? New Component to Treat Lung Lesions Created
More News
Sign up for Wellness Consult a Doctor Sign up for Selfcare