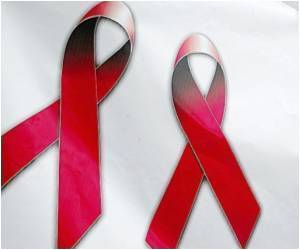 HIV infections could be cut down by half in Russia if drug users were not treated as criminals, claim experts in the British Medical Journal (BMJ) on Wednesday.

In an analysis published ahead of the International AIDS Conference, the experts said Russia's strict laws on drug use had helped fan its HIV/AIDS epidemic.

Research shows that the risk of HIV infection can be slashed by substituting heroin and other illegal opiates with a safer, legal drug and encouraging addicts to swap dirty needles for sterile ones, they said.


Twenty-two pilot programmes supported by the Global Fund to Fight AIDS, Tuberculosis and Malaria have prevented 37,000 HIV infections, they reported.

Encyclopedia section of medindia explains in brief about the prevention for AIDS/HIV
Advertisement
In Russia's case, the country could cut its HIV rates by up to 55 percent if it implemented these policies, according to a mathematical model presented in the article.

At present, Russia prohibits opioid substitution and has only 75 needle-exchange programmes for an estimated two million injecting drug users, around a third of whom are thought to have the human immunodeficiency virus (HIV).

"Our projections suggest that Russia could substantially reduce the incidence of HIV infection if it permitted the use of opioid substitution treatment," says the analysis headed by Tim Rhodes, a professor of public health sociology at the London School of Hygiene and Tropical Medicine.

"The benefits could be even greater than we estimate, as the model does not include changes in offending, or in antiretroviral HIV treatment."

The six-day 18th International AIDS Conference opens in Vienna on Sunday, with the spotlight placed on the HIV epidemic unfurling in Eastern Europe and the former Soviet states.

Intravenous drug use is a well-known accelerator of HIV, through sharing syringes contaminated with the virus and through prostitution, as infected addicts turn to sex work to get money for their habit.

According to a 2008 study in The Lancet, 16 million people around the world inject drugs, three million of whom live in Eastern Europe. After Russia, Ukraine has the highest number of drug injectors in the region, a tally estimated at 290,000, the BMJ said.

Supporters of so-called harm reduction programmes say that drug users have a better chance of weaning themselves off this high-risk behaviour if they are given support and not forced into a life of illegality.

The World Health Organisation (WHO) classifies opiate substitutes as an "essential medicine." Two substitutes, methadone and buprenorphine, are prescribed to more than 650,000 in Europe.