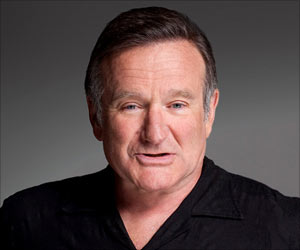 US President Barack Obama posted a official statement saying that Williams was an airman, a genie, a doctor, but he was one of a kind and he made everyone cry and everyone laugh, News.com.au reported.

Jared Lato took to Twitter to mourn the death of the late 63-year-old actor saying that he was one brave artist and he taught everyone how to stand on the edge, fearless with a shine .


The Beatles former member Ringo Starr bid the actor his final goodbye through his tweet adding that God bless him.

Other celebs like Lindsay Lohan, Lance Armstrong, Miley Cyrus, and Katy Perry among others posted their condolences online.

The cause of death is believed to be suicide due to asphyxia.

One Step Ahead of Blood Test for Suicide: US Scientists

A gene mutation has been identified by that appears to be common in people who attempt or commit suicide, a finding that could lead to a blood test to predict risk.