Rob Kardashian Diagnosed With Diabetes, Has Been Hospitalized in Los Angeles 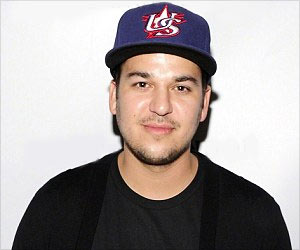 Famous TV personality Rob Kardashian, who has been out of media sight for quite long, was recently rushed to the hospital and has been diagnosed with diabetes.

Sources reveal that 28-year-old Kardashian wasn't feeling well over the weekend and when his condition worsened, his family became alarmed and he was taken to a Los Angeles hospital.

Glycemic control in type 2 diabetes is achieved with oral diabetic medications. Combination drugs and insulin therapy is sometimes required.
Advertisement
‘As 28-year-old Rob Kardashian wasn't feeling well over the weekend, his family became alarmed and he was taken to a Los Angeles hospital. There he was diagnosed of having diabetes.’

After diagnoses, it was revealed that Kardashian was suffering from diabetes. Though the doctors have stabilized, he is still in the hospital.


Sources close to the Kardashians said, "This was a wakeup call and Rob wants to start 2016 healthy."

Diet plays a significant role in controlling diabetes. Most cases of diabetes are preventable with healthy lifestyle changes.
Advertisement
<< Expanded Regimens Associated With Improved Response in Mult...
Here are The Seven Best Kitchen Gadgets of 2015 >>

Hearing Loss Calculator Drug Side Effects Calculator Nutam (400mg) (Piracetam) Iron Intake Calculator The Essence of Yoga How to Reduce School Bag Weight - Simple Tips Color Blindness Calculator Sanatogen Noscaphene (Noscapine) A-Z Drug Brands in India
This site uses cookies to deliver our services. By using our site, you acknowledge that you have read and understand our Cookie Policy, Privacy Policy, and our Terms of Use