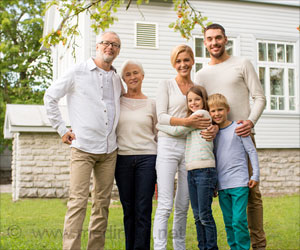 In the United States, the life expectancy of Gen X and Gen Y Americans is declining, in addition to old Baby Boomers. According to a study from Duke University, premature death causes vary by race, gender, and ethnicity.

"We identified late-Gen X (38- to 45-year-olds) and early-Gen Y (27- to 37-year-olds) as age cohorts with elevated mortality patterns, particularly for non-Hispanic whites, said study co-author Emma Zang, a Ph.D. candidate at the Sanford School of Public Policy. "That is in addition to the rise among the already much-discussed Baby Boomer generation."


To study cause of death for Americans born from 1946 to 1992, the researchers used data from the Centers for Disease Control and Prevention Mortality Multiple Cause Files for the years 1990-2016.


Late Gen X and early Gen Y Americans were aged 25 to 43 during the Great Recession and faced greater difficulty finding jobs, which may have contributed to greater health impacts.

"Social scientists and policymakers are aware of the financial burden for the younger generation, but the elevated mortality rate among them has largely been ignored," the authors say in a paper that appears in the December issue of the International Journal of Epidemiology.

"Few studies have looked at Hispanics when considering disparities in mortality," Zang said.

The researchers examined nine leading causes of death for each age cohort, finding that the underlying causes for increased mortality vary for the different ethnic groups and also between genders in the cohorts and ethnicities.

 For Hispanics, overdoses and suicides are the leading causes of death.

 For non-Hispanic whites, both men and women, overdoses and alcohol-related diseases appear to drive increased mortality.

The time period of the study spans the opioid abuse crisis and the Great Recession. Some of the disparities may reflect different access to opioid prescriptions among blacks, whites and Hispanics, Zang said.