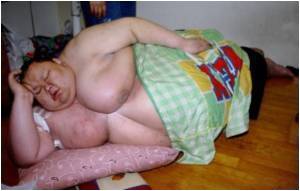 According to a new research from the University of Cincinnati (UC) cellular changes in fat tissue-not the immune system-lead to the 'hyperinflammation' characteristic of obesity-related glucose intolerance and type 2 diabetes.

Cancer and cell biology experts say this new discovery about the cellular mechanisms behind glucose intolerance may provide a different target for drugs to treat type 2 diabetes as well as insights into how aggressive cancers form.

For this study, lead author Jorge Moscat and his UC collaborator Maria Diaz-Meco, looked at the role of a specific gene known as protein kinase C (PKC)-zeta, which has been implicated as a key cellular contributor to malignant tumor growth.


Using a preclinical animal model, they found that PKC-zeta had a dual role in the molecular signaling that leads to inflammation, switching from acting as a regulator of inflammation to a proinflammation agent in different circumstances.

Almost one-third of the people are unaware of the risk factors of diabetes. Find out if you run the risk of diabetes by using Diabetes Risk Assessment calculator.
Advertisement
"This finding is quite novel because current drug development efforts target immune cells (macrophages, T-cells) to eliminate this hyperinflammation. Our research suggests obesity-related glucose intolerance has nothing to do with the immune system. It may be more effective to target adipocytes (fat cells)," said Moscat.

In normal cells, explains Moscat, PKC-zeta regulates the balance between cellular inflammatory responses to maintain glucose control. During obesity-induced inflammation, however, the function of PKC-zeta changes and the molecule begins to promote inflammation by causing adipocytes to secrete a substance (IL-6) that travels in large quantities to the liver to cause insulin resistance.

"We believe a similar mechanism of action is at play in malignant tumor development. Now we are trying to understand how PKC-zeta regulates IL6 to better determine how we can manipulate the protein to help prevent diabetes and cancer," he added.

Moscat and his team are working with investigators at UC's Drug Discovery Center to screen compounds that will inhibit PKC-zeta to be used in further research.

The study is reported in the July 7, 2010, issue of the scientific journal Cell Metabolism.