Republicans In A Dilemma Over Healthcare After Arizona Shootings 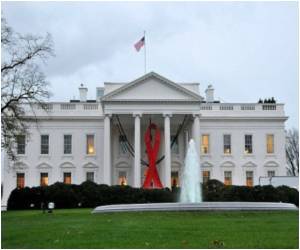 A vote in the House of Representatives to repeal the healthcare law was put on hold after Saturday's shooting of 19 people in Tucson. Congresswoman Gabrielle Giffords, a moderate Democrat, among those injured, is still in a critical condition.

At a memorial service last night in Tucson, President Obama urged the nation to ensure "we are talking with each other in a way that heals, not a way that wounds."


But healing has hardly been the forte of the Republicans. It was by demonizing the healthcare law they seemed to have bounced back after the debacle in the presidential elections.

The Saturday massacre at a shopping mall in Arizona has set off gut-wrenching questions on a host of issues - mental health services, gun laws, political discourse and so on.
Advertisement
The repeal vote seemed to present yet another opportunity for the Republicans to revel in their penchant for bitter political battles. They had raised the temperature so much that there were threats to lawmakers supporting Obama's law. Indeed Ms. Giffords's own district office was among those vandalized after she voted for the overhaul. But after the shootings, the Republicans seem to have little options but to wind down the rhetoric a bit.

The health law is designed to expand insurance to 32 million Americans by giving lower earners tax credits to offset the cost of insurance and expanding the Medicaid federal-state insurance program for the poor. The Republicans assert the law is against the long term interests of the economy.

The vote on health care repeal was supposed to take place Wednesday. Instead, the House debated and passed a resolution paying tribute to the injured Giffords and the six people killed.

If they move too quickly, GOP leaders risk appearing tone deaf to pleas to reject overheated rhetoric. But if they delay the vote much longer, they could infuriate their most conservative supporters and "tea party" activists, points out Kathleen Hennessey, writing in Los Angeles Times.

"As the White House noted, it is important for Congress to get back to work, and to that end we will resume thoughtful consideration of the health care bill next week.  Americans have legitimate concerns about the cost of the new health care law and its effect on the ability to grow jobs in our country.  It is our expectation that the debate will continue to focus on those substantive policy differences surrounding the new law."

"This is not the serious getting-down-to-business in Congress that people voted for," said Andrew Ian Dodge, a tea party leader in Maine who said he had heard from other activists frustrated by the delay on the vote. "I think it's a mistake. It shows a sort of lack of spine and will and it's disappointing."

"I think we should proceed as fast as we can and faster if possible," said Rep. Dana Rohrabacher (R-Huntington Beach).

The repeal vote will be largely symbolic because the measure lacks the support to pass in the Democrat-controlled Senate and would be vetoed in any case by President Barack Obama. But it kicks off a Republican drive to neuter the law by choking off its funding through the appropriations process and passing legislation to knock down the law's least-popular elements.

Shortly after the shootings, Maine Democratic Rep. Chellie Pingree called on House GOP leaders to change the name of their billtitled "Repealing the Job-Killing Health Care Law Act"on the grounds that "killing" sent the wrong message. "Gabby, of all people, is a person who wanted to tone down the rhetoric," she said.

The Maine Republican Party called the suggestion inappropriate. "Maine Congresswoman Needs to Stop Shameless Politicization of National Tragedy," read the headline of a statement quoting the state party chairman. House GOP aides indicate they have no plans to rename it.

Some Republicans say the repeal debate is an opportunity to elevate the tone of political discourse. "I think you can do this with a different kind of style," said Trey Grayson, Kentucky's secretary of state, who lost his bid for a Senate seat last year. "Have it more substantive. Explain why the bill is bad for employers, bad for the budget."

He could be in a minority. The coming days will show how far the Republicans believe they can afford to go for the kill, as it were.

After the blood libel gaffe of Sarah Palin, they might be forced to back down a bit, some think.

Every premature death should be considered a rebuke. To prevent that, to fight for health as a human right, should be the role of the more conscientious.
Advertisement
<< New Study Sheds Light on Anxiety Disorder
Effect of Social Influence On Weight Status in Young Adults >>