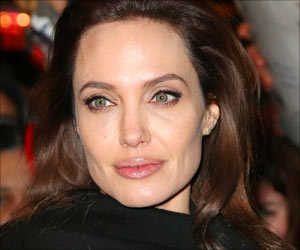 She had her ovaries and Fallopian tubes removed last week after doctors detected a possible sign of early stages of cancer. A laparoscopic bilateral salpingo-oophorectomy was done, as there was a small benign tumor on one ovary, but no signs of cancer in any of the tissues.


Jolie has undergone a double mastectomy in 2013. The BRCA1 gene in her blood brings an estimated 87% risk of breast cancer and a 50% risk of ovarian cancer. Her family has a history of cancer, as her mom had breast cancer and died of ovarian cancer. Jolie had a PET/CT scan to confirm the presence of a tumor and opted to remove her ovaries and Fallopian tubes though the tumor test was negative.


"I had been planning this for some time. It is a less complex surgery than the mastectomy, but its effects are more severe. It puts a woman into forced menopause. So I was readying myself physically and emotionally, discussing options with doctors, researching alternative medicine, and mapping my hormones for estrogen or progesterone replacement," she wrote.

She underwent few blood tests, which showed that a number of inflammatory markers were elevated and could point to early cancer. "My doctors indicated I should have preventive surgery about a decade before the earliest onset of cancer in my female relatives. My mother's ovarian cancer was diagnosed when she was 49. I'm 39."

She has a progesterone IUD inserted in her uterus that maintains hormonal balance and also prevent uterine cancer. "I chose to keep my uterus because cancer in that location is not part of my family history."

Jolie is well aware that it's not possible to remove all risk. "The fact is I remain prone to cancer. I will look for natural ways to strengthen my immune system. I know my children will never have to say, 'Mom died of ovarian cancer'."

Though she is now in menopause and will not be able to have any more children, she said that she is not scared "because this is a part of life".

Apart from being a world famous celebrity, Jolie is most noted for her advocacy on behalf of refugees as a Special Envoy for the United Nations High Commissioner for Refugees (UNHCR).