Posh Refuses to Use Skinny Models to Showcase Her Clothes 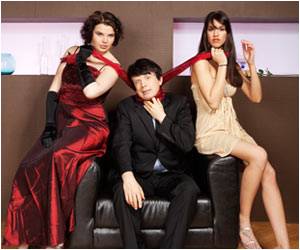 Victoria Beckham has sent out a strong message that being super thin or skinny is not healthy by deciding not to use super-thin models to showcase her clothes at the New York Fashion Week.

While selecting the models to showcase her collection, the spice girl-turned-designer refused to see at least 12 girls and has said no to size zeroes, as she fears their skinny look will encourage unhealthy life-styles.

Instead, the style icon wants to present more realistic and healthy-looking models to portray a positive image against impressionable teens who follow her.


While many claim that Victoria is not far from a zero size herself, the mother-of-three is, in fact, a healthy size six who credits her slender frame to running and healthy eating.

The Beckham Effect: 14-Year Olds Want to Be Size Zero

Teenaged Brit girls are so obsessed with celebrities' size zero figures that they're surviving on just one meal a day in a bid to copy them.
Advertisement
"Victoria takes her role as a figure in the public eye very seriously, and is well aware young girls look up to her. This is why she gets so angry when people claim she doesn't eat properly - she does. She has three young boys to run around after, and a business empire to expand, so of course she needs to look after herself," the Mirror quoted a source as saying.

Her forthcoming Spring 2011 collection is big and Posh is determined to use healthy looking models of not less than size four to six.

The designer is likely to draw a full crowd when she shows off her creations in the Lincoln Center.