Media Images Contribute to Increase in Eating Disorders Among Women 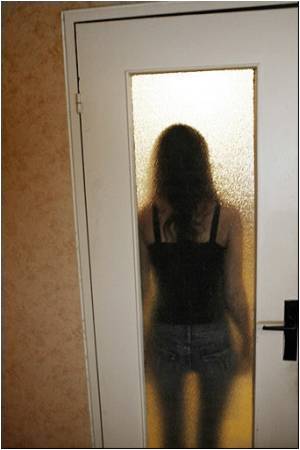 The exaggerated size zero of models is not the reason for increase in the rates of bulimia and anorexia nervosa, on the contrary it is the images of successful people which lead to such illnesses,irrespective of how thin they are.

Studies have shown that media images contribute to the development of eating disorders.

To understand how, psychologist Norman Li of Singapore Management University and colleagues showed portraits accompanied by character descriptions to 841 volunteers in Austin, Texas.


They found that women were less happy with their bodies and more likely to restrict their eating after seeing pictures of competitive women - described as "playing to win", for example - compared with other women.

Are you a Health Food Junkie? Are you obsessed with what you eat all the time? You may be a victim of a condition called Orthorexia Nervosa.
Advertisement
This was despite the fact that pictured individuals were of the same average weight and that another set of volunteers had rated them as equally attractive.

The effect did not occur in heterosexual men.

But with homosexual participants, results were reversed.

Gay men but not lesbian women tended to restrict their eating more after viewing the competitive profiles.

Li believes this behaviour has an evolutionary origin. He suggests that because people in the west tend to gain weight as they get older, they have come to equate thinness with youth and attractiveness, and competitive advantages in general.

He wondered if reading about high-status starlets makes women feel so bad about themselves, why are they still drawn to fashion and gossip magazines?

Li said that it would have been beneficial for our ancestors to be intensely interested in how attractive, successful and popular people were doing, so they could compete with them for mates.

That's all very well in a small village. But modern media expose us to a much wider social circle, and push our appetite for gossip to extreme levels.

"Fashion models, celebrities and television characters are not actually our peers. Their presence makes us look to standards that are largely unattainable or ultimately harmful," New Scientist quoted Li as saying.

Trying to compete with such a wide social circle can lead to psychological problems such as eating disorders, workaholism and depression, but according to Li, evolution has hard-wired us to do it anyway.

The study has been published in Evolution and Human Behavior.

A-Z Drug Brands in India Find a Doctor Find a Hospital Loram (2 mg) (Lorazepam) Sinopril (2mg) (Lacidipine) Vent Forte (Theophylline) Accident and Trauma Care Iron Intake Calculator Drug - Food Interactions Pregnancy Confirmation Calculator
This site uses cookies to deliver our services.By using our site, you acknowledge that you have read and understand our Cookie Policy, Privacy Policy, and our Terms of Use  Ok, Got it. Close
×