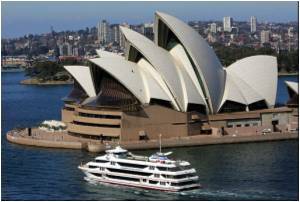 Popular singer-songwriter Jimmy Buffett finished his show with  a "Thank you, good night and God bless," to his fans  -  and a moment later had dropped off the stage, landing on his face.

Buffett, a popular artiste in Australia had performed at the Opera House for three packed shows before the last Australia Day performance.  His show, which was taking place in the country after twenty years was punctuated with a lot of patriotic references to Australia.

Horrified fans were asked to leave while he lay on the floor bleeding with a head injury. He was taken to Sydney's St Vincent's Hospital, in Darlinghurst, thirty minutes after the accident and had a CAT scan that was normal.


The posting on his website says, "As you probably already know, Jimmy had an accident while performing in Sydney last night and was taken to the hospital. The doctors say he is doing well and will be released tomorrow. More info as we get it, and thank you for all of your well-wishes!"

Accident and trauma care is an important public health challenge that requires immediate attention. Injury (trauma) is the leading cause of death for all age groups under the age of 44.
Advertisement
Advertisement
This site uses cookies to deliver our services.By using our site, you acknowledge that you have read and understand our Cookie Policy, Privacy Policy, and our Terms of Use  Ok, Got it. Close
×