People With Missing Teeth can be Denture Free 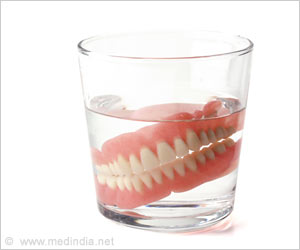 Recent research reveals that many people with missing tooth can actually go denture free. The findings have major implications for public dental health resources and costs for patients.

Studies conducted by the University's Australian Research Center for Population Oral Health in the School of Dentistry have found that people with tooth loss do not have their quality of life interfered with provided they still have a certain number and type of teeth left.

In dentistry terms, these patients are considered to have "shortened dental arches", enabling them to maintain functional use of many teeth. The researchers say there is a cutting off point at which tooth loss interferes with quality of life, but patients only need dentures when they reach that cutting off point.


The study, based on data of more than 2700 Australians has researchers saying that as many as 434,000 Australians who currently would be considered for dentures at some stage in their lives may not really need them.
Advertisement
"For years it has been taken for granted that if people experience tooth loss, they will need dentures, bridges, implants or other corrective processes to replace the missing teeth," says lead author Dr Haiping Tan.

"What we've found is that it really depends on the position of the teeth that have been lost, as well as the number. Most people have 28 adult teeth, plus the four wisdom teeth, but it is possible to have significantly less teeth as long as people have them in the right positions and in the right numbers."

"It's about getting the right balance of biting and cutting teeth at the front of the mouth with enough of the chewing teeth at the back - that can make a real difference to people's dental function," she says.

The study's co-author Professor Marco Peres, also from the University's School of Dentistry, says the findings are significant both for patients and for dental health systems.

"For the public health sector, this work raises the question of how to allocate resources, especially if many people are currently receiving dentures or other corrective procedures when they may not need to do so," Professor Peres says.

"These resources could instead be allocated to the prevention of further tooth loss, diagnostic services and follow up for the patient, rather than prosthetic procedures," he says.

Dentures
Dentures, also known as false teeth, are dental prostheses that replace the natural teeth with ......

Dental Implants
Get rid of that toothless smile and go for those sparkling dentures! If traveling abroad for ......

Toothache
Toothache or pain in the tooth is one of the most dreaded and bothersome symptom and those who have ...

Tooth Whitening
Teeth may get discoloured due to a variety of causes ranging from intrinsic to extrinsic. Tooth ......