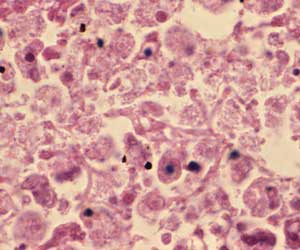 Legionnaires' disease consumed one life, and 11 others were diagnosed; while 61 people were identified as probable cases after staying for a convention at an Atlanta Hotel in early July.

Probable cases were those that have not had a laboratory test but exhibit symptoms, a severe form of noncontagious pneumonia.
Advertisement
‘Guests who went to attend a convention at the Atlanta Hotel complained of lung problems following which they were diagnosed with Legionnaires.’
Read More..

Epidemiological evidence confirmed a Legionnaires' outbreak among people who stayed at the hotel in the same period.


Legionnaires' disease, a severe, lethal form of pneumonia, is caused by the bacterium Legionella pneumophila found in both potable and non-potable water systems. People get sick when they breathe in mist such as from an air-conditioning plant or take water into their lungs.
Advertisement
The hotel voluntarily shut down and hired experts to conduct testing despite the fact that the bacterium has not been confirmed in the hotel. The hotel is going ahead with precautionary remedial activities such as cleaning, scrubbing, and chlorination of the entire water distribution system. Public health officials and environmental experts are working to identify the source fo the outbreak.

Ten percent of the people affected with the disease will die. The disease infects 10,000 to 18,000 people yearly, while some cases might go unreported.

People with Legionnaires' feel tired and weak, leading to coughing, diarrhea, nausea, vomiting, headaches, muscle aches, chest pain, and dyspnea. The incubation period is from 2 to 10 days - this is the period when symptoms first appear after a person is infected with the bacteria. The disease can lead to treatment in the ICU. Usually, people with the infection fully recover. People at risk are the elderly, smokers, people with chronic lung injury, or the immunocompromised. Legionella is naturally found in freshwater, and can grow in warm water can be found in showerheads and faucets, hot tubs, cooling towers, hot water tanks, decorative fountains or plumbing systems in large buildings.

The disease is called Legionnaires', after an outbreak at a convention in the American Legion.

Legionnaires disease
Legionnaires' disease is a severe form of pneumonia caused by a type of bacteria. The infection is ....

86 Infected and 7 Dead Due to Outbreak of Legionnaires' Disease in New York City
A type of bacterium called Legionella causes Legionnaires' disease. It is a common type of ......

Legionnaires Disease Scare In Luxury Dubai Hotel After Death Of Cricket Broadcaster
A luxury hotel in Dubai is being wracked by fears of the Legionnaires' disease. Already a noted ......