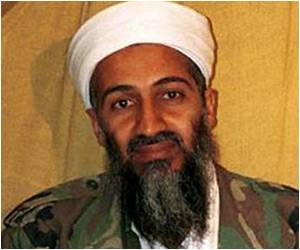 Osama bin Laden was not on kidney dialysis but he did need an herbal impotence drug during his stay in his Pakistani compound, claims his fifth wife.

Insisting that bin Laden used to take the herbal impotence drug, Amal al-Sadeh, who was shot in the leg when SEALs burst into their bedroom and killed the terror leader, said: "He believed in his own medication."

Osama Bin Laden wasn't on kidney dialysis - but he did need a herbal impotence drug.


The New York Daily News quoted the Yemeni woman as saying that her husband had fully recovered from two kidney surgeries a decade ago, and that he needed no dialysis before his death, but cured himself with his own regimen, which included watermelons.

Encyclopedia section of medindia gives information about the Impotence

It was also reported that the Saudis had hired an assassin to poison Bin Laden in 1999, and the toxin gave him kidney failure.

In January 2002, then-Pakistani President Pervez Musharraf had also claimed that the terrorist leader had probably already died of kidney failure, and that he needed to travel with two dialysis machines.

Now however, evidence from the medicine cabinet in Bin Laden's hideout has revealed that he was not that weak as he was expected to be.

"He was neither weak nor frail," 29-year-old Sadeh said.

The medicines that were found in the compound reportedly included drugs to treat shingles, ulcers, nerve pain, high blood pressure, and Avena syrup, an extract of wild oats that is marketed as a natural "Viagra".

Worried about your sexual performance? Use this anonymous self-assessment screening test to calculate your impotence score and find out if you need to consult an expert doctor. Impotence affects approx. 40% of men who are 40.
<< Actor Jerry Mathers Hosts Latest Video on Diabetic Nerve Pa...
Medical Services Affected By Doctors' Strike in Hyderabad >>

Must read bedroom tips for men on how to give your women an orgasm, relieve her headaches or make her pregnant
News A-Z
A B C D E F G H I J K L M N O P Q R S T U V W X Y Z
What's New on Medindia