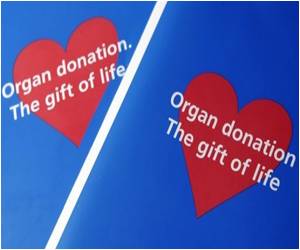 A Maryland patient died of rabies that he contracted from an infected organ he received in an organ transplant, said health officials.

The patient died in early March. Subsequent tests on the deceased donor's tissue and the organ transplant patient's tissue confirmed that both had a type of rabies usually linked to raccoons.

The Centers for Disease Control and Prevention said such cases are extremely rare -- in the United States there are typically one to three cases of human rabies diagnosed yearly.


"In the United States, only one other person is reported to have died from a raccoon-type rabies virus," the CDC said in a statement, which did not identify the sex of the donor or recipient, or the organ that was infected.
Advertisement
Doctors did not suspect rabies as the cause of death in the donor, who died in Florida in 2011 and was not tested for rabies before the heart, liver and kidneys were harvested for donation, the statement said.

The organs were sent to recipients in Maryland, Illinois, Georgia and Florida.

The other three recipients of the donor's organs have been tracked down and are being treated with anti-rabies shots, the CDC said.

"The organ transplantation occurred more than a year before the recipient developed symptoms and died of rabies," the CDC said.

The CDC said that despite this case, the benefits of organ transplantation "generally outweigh the risks."

"All potential organ donors in the United States are screened and tested to identify if the donor might present an infectious risk," it said, noting that tests are typically run for HIV and hepatitis.

"If rabies is not clinically suspected, laboratory testing for rabies is not routinely performed, as it is difficult for doctors to confirm results in the short window of time they have to keep the organs viable for the recipient."

Source: AFP
Advertisement
<< New Algorithm to Reveal How Ayurvedic Medicine Actually Wor...
Lack of Contraceptive Use in Nepal Due to Cultural Preferen... >>

GM Tobacco Plants to Fight Rabies
Genetically modified tobacco plants produce a monoclonal antibody that was shown to neutralize the ....