Lack of Contraceptive Use in Nepal Due to Cultural Preferences 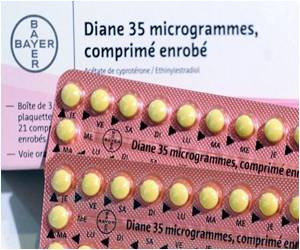 Along with poverty and under-education, Nepal affected by cultural preference of sons over daughters, causing an increase in maternal and child mortality rates.

Writing in the March 7, 2013 online International Journal of Gynecology and Obstetrics, scientists from the University of California, San Diego School of Medicine found that geography (urban versus rural), age and levels of education, wealth and social status all predictably influenced whether Nepalese women used birth control.


"Daughter aversion" reflects a profound, historical cultural bias in Nepal and in other central and south Asian countries, said Raj, an international authority on gender issues in the region. Part of the reason is financial, she said. Males traditionally enjoy greater economic opportunity.
Advertisement
"But tradition also says sons take care of parents," Raj said. "Daughters are supposed to leave the family and become the daughter of the in-laws, no longer the daughter of the parents. Practices like that are going to affect investment in your daughters."

Raj said son preference was worrisome for a couple of reasons. First, it persists even with improvements in education. Second, it remains strong among the youngest Nepalese wives.She suggested the latter effect may be due, in part, to the influence of older generations.

"Even after adjusting for child marriage, you see it. Girls who marry younger may be more vulnerable to son preference because they are more likely to have their reproductive decision-making affected - or controlled - by older husbands and in-laws, both of whom may desire sons from these young wives," she said.

"Until girls are valued as much as boys in families, we will continue to see these findings. We hoped generations (and modernization) would make it better, but this study is with young mothers and demonstrates that the beliefs are being carried into the youngest generation of child-bearers."

The cross-sectional study was based on data from the 2011 Nepal Demographic and Health Survey, which found that only one in five married adolescent and young women used modern contraception. Rates were lowest among women who resided in rural areas, lacked education or social status, were married as minors or had no sons.

Some Contraceptives Raise Diabetes Risk For Obese Women
Obese, reproductive-age women who use long-acting reversible contraception (LARC) that contains the ...

Combination Injectable Contraceptives: The Ideal Choice for Contraception?
The use of combined injectable contraceptives (CICs) is a highly efficient, reversible method for .....