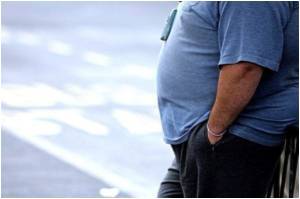 The number of years individuals live with obesity is directly associated with the risk of mortality, say researchers at Monash University.

The research shows that the duration of obesity is a strong predictor of mortality, independent of the actual level of Body Mass Index (BMI). As the onset of obesity occurs earlier and the number of years lived with obesity increases, the risk of mortality associated with adult obesity in contemporary populations is expected to increase compared with previous decades.

Using data from the Framingham Heart Study, 5209 participants were followed up for 48 years from 1948. The current study however only included participants who were free from pre-existing diseases of diabetes, cardiovascular diseases and cancer.

The BMI calculator helps you assess your weight indicating if it is normal or if you are underweight or overweight, based on your height.
Advertisement
Furthermore, the research showed for every additional two years lived with obesity, the risk of mortality increased by between six and seven per cent.

Cancer, is the second most leading cause of death worldwide. Cancer is not just one disease but many diseases. There are more than 100 different types of cancer. Take this quiz on and test how much you know about cancer.
Advertisement
<< Canadian Avalanche Victims Die Quicker Than Swiss: Study
Combination Therapy Boosts Kidney Failure Risk >>

Color Blindness Calculator The Essence of Yoga Find a Doctor Vent Forte (Theophylline) Diaphragmatic Hernia Hearing Loss Calculator Loram (2 mg) (Lorazepam) Sinopril (2mg) (Lacidipine) Iron Intake Calculator Nutam (400mg) (Piracetam)
This site uses cookies to deliver our services. By using our site, you acknowledge that you have read and understand our Cookie Policy, Privacy Policy, and our Terms of Use