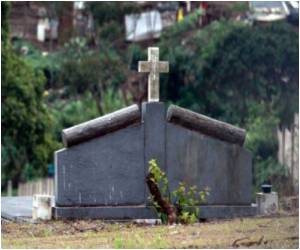 The study, by researchers in Canada, Italy and Switzerland, was undertaken to better understand factors that affect survival during an avalanche burial and to help improve rescue, resuscitation and safety protocols worldwide. The data included 301 Canadian and 946 Swiss records of completely buried avalanche victims between 1980 and 2005. The Canadian sample included more people involved in mechanized backcountry skiing and snowmobiling compared with the Swiss sample.

The Centers for Disease Control (CDC)'s National Center for Health Statistics has shown that age-adjusted death rates for 10 of the 15 leading causes of death in 2009 dropped significantly.
Advertisement

While trauma reduced survival primarily within the first 10 minutes of burial, the study also revealed that avalanches in areas with denser snow conditions such as the maritime Coast Mountains were associated with an earlier onset of asphyxia. Furthermore, the authors state that the reduced survival associated with prolonged avalanche burials beyond 35 minutes may have been due to limitations in clinical skills at the accident site and during transport as well as to long distances to advanced care facilities.


The consistently lower survival chances among Canadian avalanche burials clearly highlight the importance of prevention through education and avoidance.

Calculate how many more seconds have you got to live. An interesting reminder for us to live these precious moments happily.
Advertisement
However, when an avalanche burial does occur, prompt extrication by companions is paramount for survival. While the window for a successful companion rescue has been previously described as the first 18 minutes, this study shows that in Canada the window is smaller and 10 minutes might be a more appropriate guideline.

"Rescue teams need to be educated in avalanche rescue techniques. In addition, protocols are needed for more efficient evacuation to appropriate treatment centres, including tertiary care centres for extracorporeal rewarming of people with severe hypothermia," state the authors.

Snowmobile Deaths In Canada On Rise

According to the Ontario Provincial Police, snowmobilers death is been at rise this winter, than 7 last seasons, due to excessive speeds, drunkenness and disregard of safety rules.
Advertisement
<< HIV/AIDS and Human Rights
Obesity Time Linked to Death Risk >>